NEW YORK (AP) — The Associated Press says it has reached a deal with Sony Electronics to exclusively equip its visual journalists with new video and still cameras over the next two years.

The AP sends some 3,000 photos and 200 videos a day to customers worldwide. Visual journalism is a point of pride for the news cooperative, which won its 54th Pulitzer Prize this year, the 32nd it has won for photography. 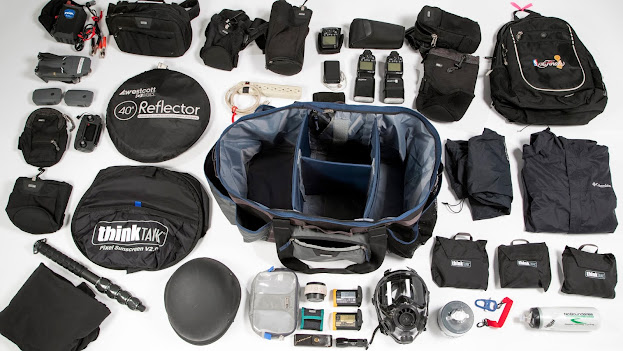 For decades I've been in a constant battle trying to figure out the best way to organize the trunk of my car with all my extra photo gear. I've used cardboard boxes, plastic bins, and even built a wooden storage box. Leave it to Think Tank Photo to come up with the best solution, the Freeway Longhaul carryall duffel. It features a customizable divider system and numerous pockets to keep your gear organized, secure, and easy to access. For security reasons, the last thing I want to do is hang out behind my car, with the trunk open, looking for that one thingamajig buried in a box somewhere. Now I have a place for everything and everything in its place.
Check it out! https://kicks.to/think/y7J1lKk
Final Days Hours on Kickstarter the
Freeway Longhaul - Carryall Duffel
by Think Tank
#ThinkTankPro #MyThinkTank #portrait #photography #inspiration #storytelling #photojournalism #ThinkTankFreeway #ThinkTankTravel #ThinkTankPhoto
Posted by al diaz at 1:38 AM No comments: