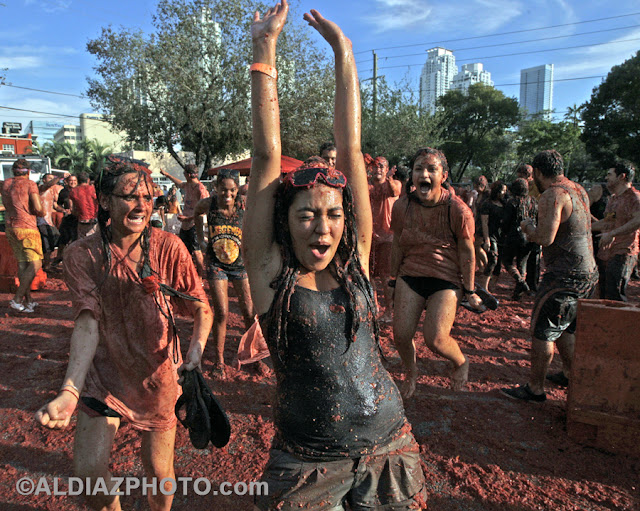 An arsenal of 25,000 tomatoes (10,000 pounds) were launched by a mob on Saturday, February 11, 2012. Tobacco Road, Miami's oldest bar provided the tomatoes for Miami's first Tomato Smash and Bash. 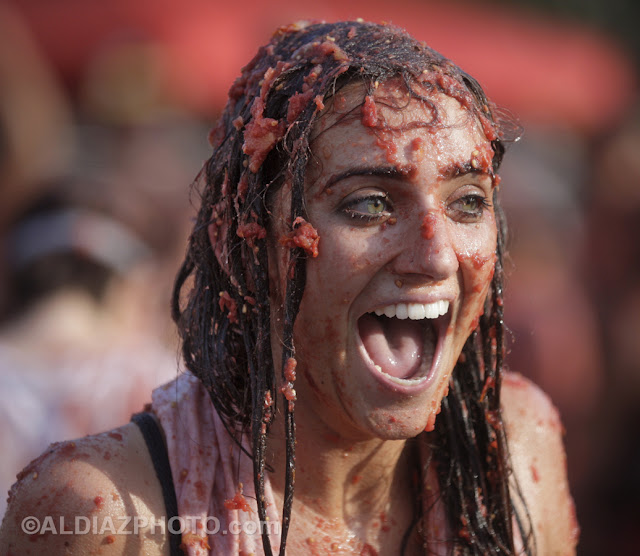 There was no need to travel to Spain for La Tomatina Tomato Fight Festival, it happened right here at Patrick Gleber's Tobacco Road, 626 South Miami Avenue. Every year since 1957 1,000’s of people join together in Bunol, Spain to participate in the traditional La Tomatina festival. Around 150,000 tomatoes, which equals out to be over 90,000 pounds are smashed and participants from all over the world begin this crazy traditional Tomato fight that lasts an hour long. 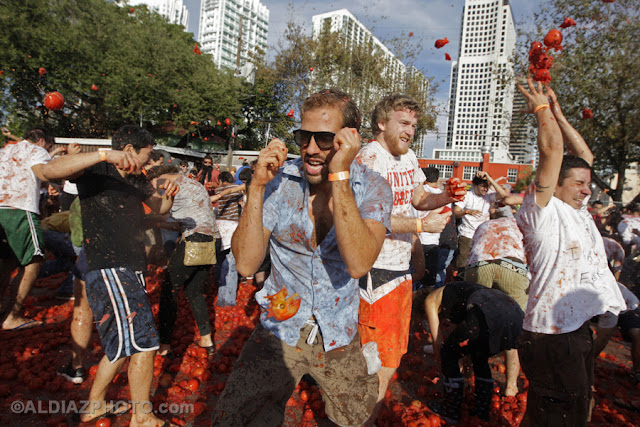 Some of these participants actually look familiar! Tobacco Road owner Patrick Gleber, left, myself and Andrew Innerarity. Andrew was shooting for Reuters while J Pat Carter covered it in tomato paste for Associated Press. 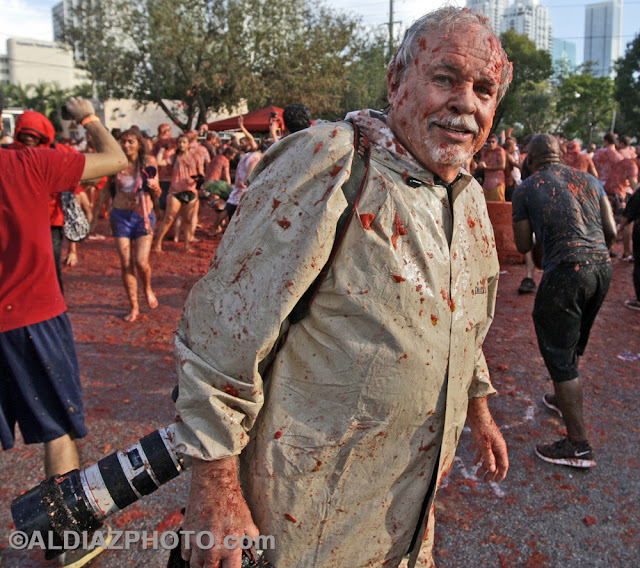