PHOTOS: Football Season Is Back! 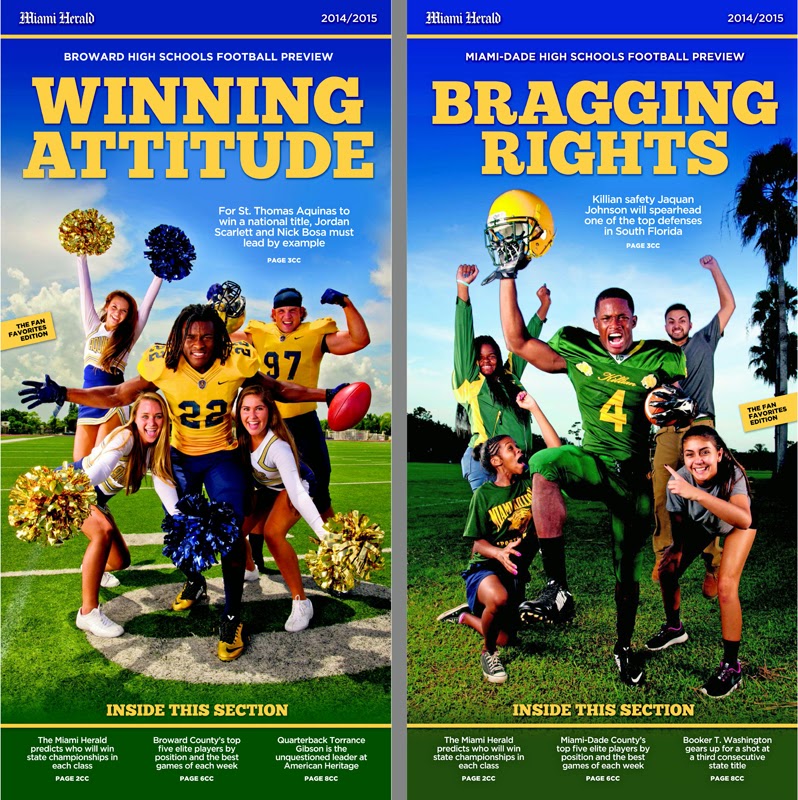 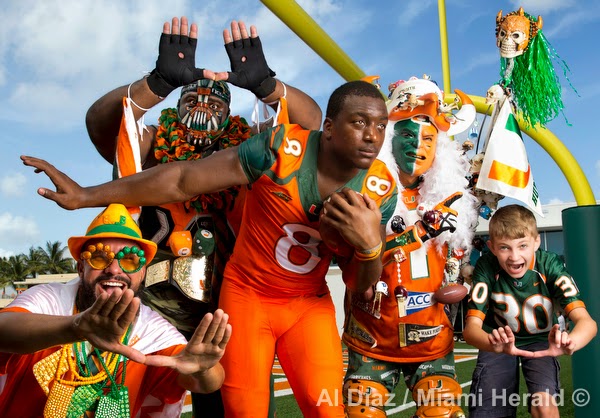 These are my season preview covers published today in the Miami Herald. Last night I photographed the Miami Dolphins as they hosted the St. Louis Rams at Sun Life Stadium. Last week it was against the Dallas Cowboys. 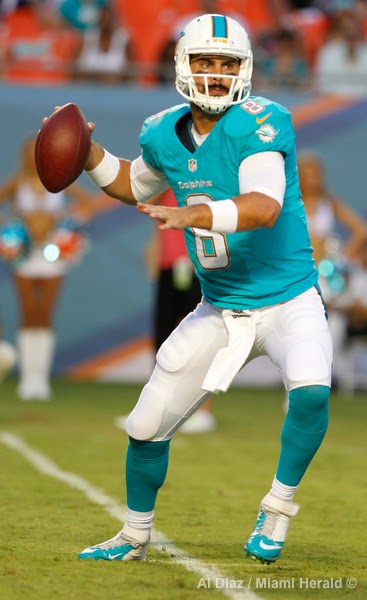 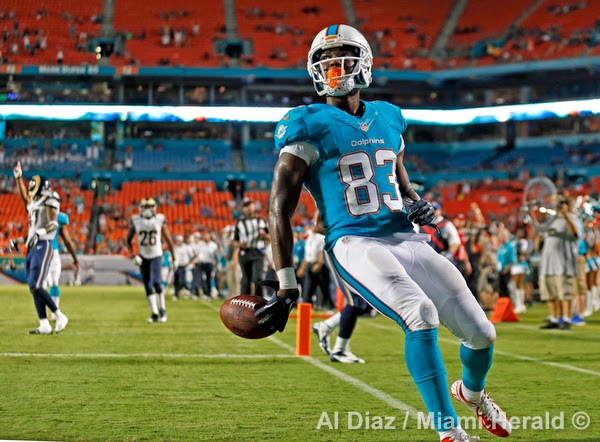 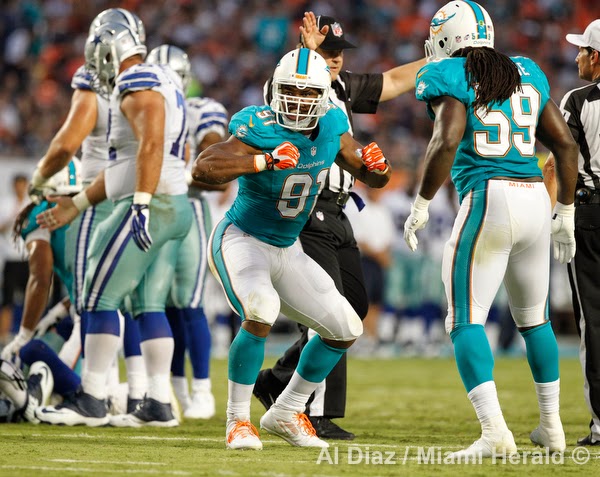 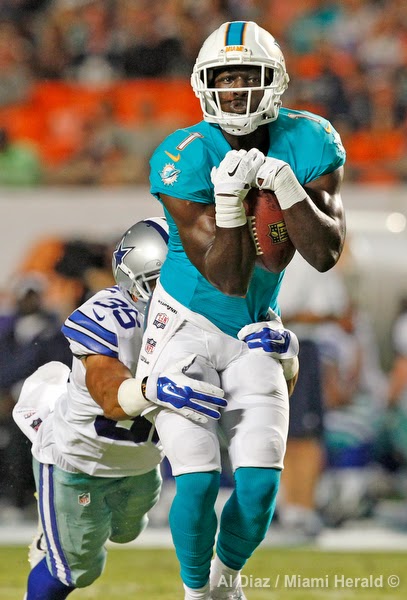 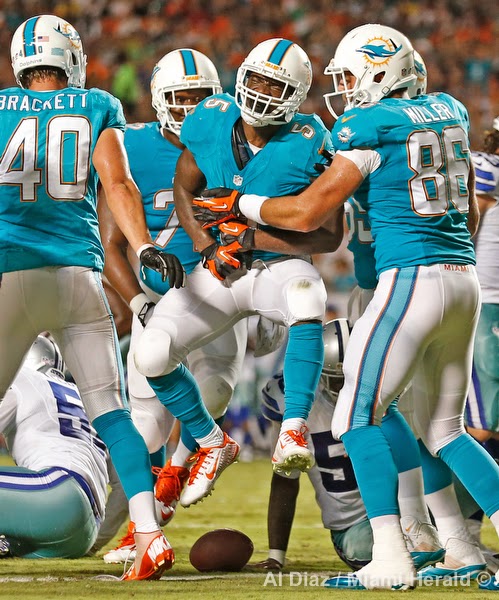 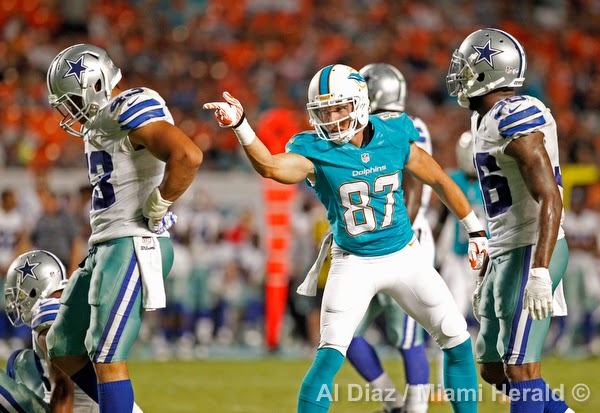 BALSEROS: A Desperate Journey - 20 Years After the Crisis In Cuba 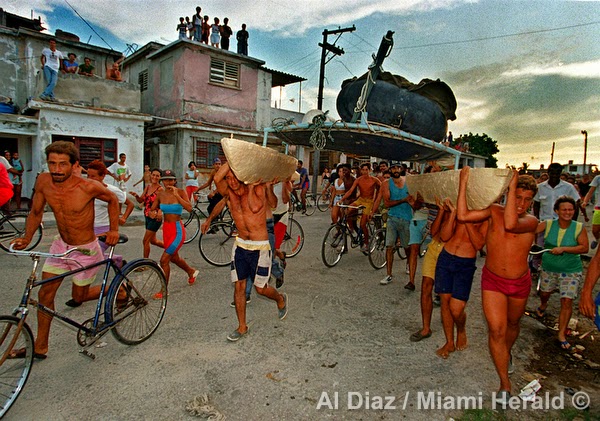 In early August 1994, tensions between the Castro regime and the United States heated to a new boiling point. The Cuban president was threatening to unlock his country’s emigration gates for the first time since the Mariel boatlift, 14 years earlier. Meanwhile, a man, who was attempting to hijack a ferryboat and flee the Communist nation, shot and killed a military officer.

The Miami Herald sent me to cover the disturbances that ensued along El Malecón, Havana’s east coastal seawall. Now known as the Maleconazo uprising, a protest against government policies in Cuba.

By the time I entered the Island the uprising had been quashed.
The next several days I spent photographing pro-government rallies, scenes around Old Havana and reconnecting with lost family members.

I was operating in a vacuum, unaware of what was brewing: Cuban television wasn’t reporting the story, there was no Internet available and my ability to talk to my editors back in Miami was minimal.

In the middle of the night I received a tip that people were leaving on rafts off the coast of Cojimar, east side of Havana. I hailed a cab, a circa 1950s Chevy. It was pitch black. Still, I could see the outline of homemade rafts bobbing in the water, some, overflowing with passengers.

Over the next several days, I walked into homes of the balseros (rafters) and watched them use their bloody, swollen hands build their vessels. At daybreak, I would run from one end of the beach to the other chasing those casting off on their dangerous voyage. Eventually, I hitched a ride on the back of an old bicycle. The owner, I figured, could pedal me around Cojimar much faster.
These photographs capture what I was seeing firsthand: the armada of rickety rafts, the faces of agony and desperation as many, tried and failed and tried again, to flee their homeland. 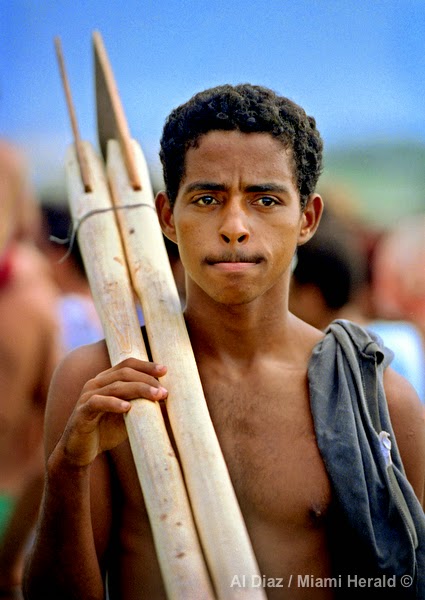 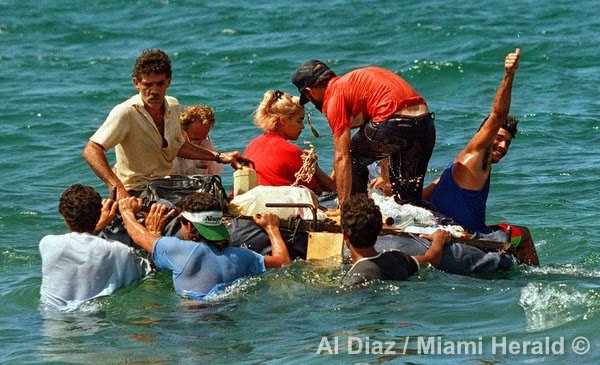 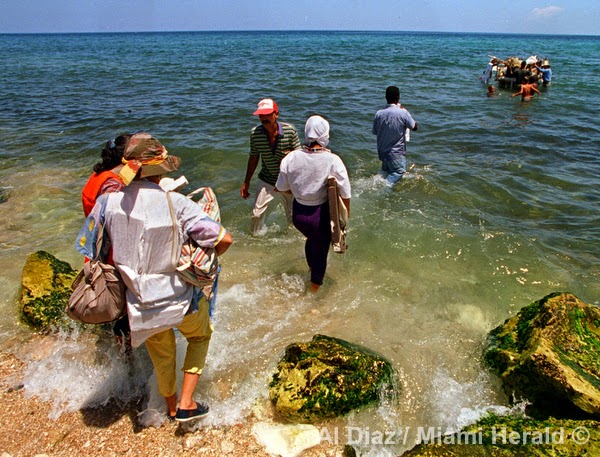 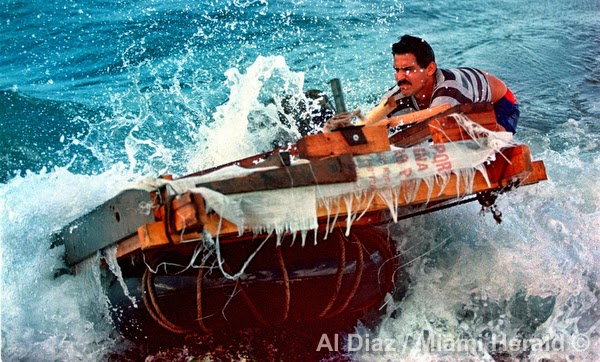 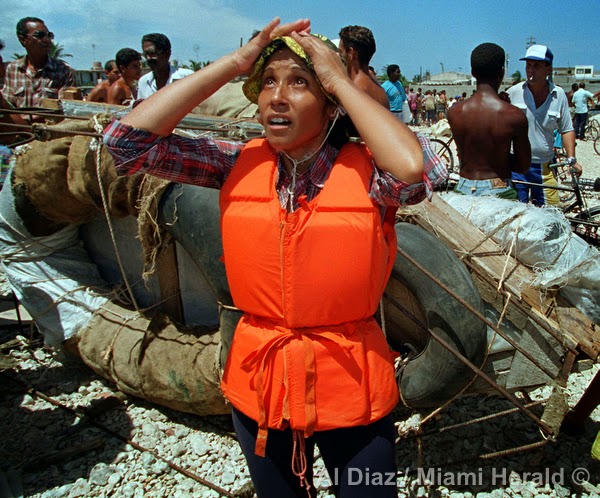 
Miami Herald columnist Fabiola Santiago recalls the stories of Cuban refugees she met two decades ago in the Guantánamo camps and how they carved out new lives in America.

"Cuban rafters: 20 years after the crisis" is a nine-minute retrospective co-produced by the Miami Herald, el Nuevo Herald and Univision23 on the 1994 mass exodus out of Cuba in that brought some 35,000 people to the United States.


When the tiny Guantánamo-bound jet took off from the Fort Lauderdale airport, the door handle fell into my lap.
The handful of journalists on board laughed nervously, eyeing the ripped roof cover and beat-up seats of the Fandango Airlines commuter under contract by the federal government to shuttle journalists to the U.S. Naval base on the eastern end of Cuba.
“I hope this is not an omen,” I remember someone saying.
The unsettling start of our trip that crisp day in 1994 was like an omen, but it was the least of our worries. We were on our way to report on the lingering limbo of the Cuban balseros without a country and enduring wholesale detention in a tent-city metropolis set up by the Clinton Administration in a remote no-man’s land.
It had already been an extraordinary year.
That summer, furious at unprecedented protests and chants of “Freedom!” rising from people gathered at the seafront Malecón in Havana, Cuban leader Fidel Castro threatened to unleash another exodus — and he made good on it, allowing people to leave the island by whatever means. READ MORE HERE 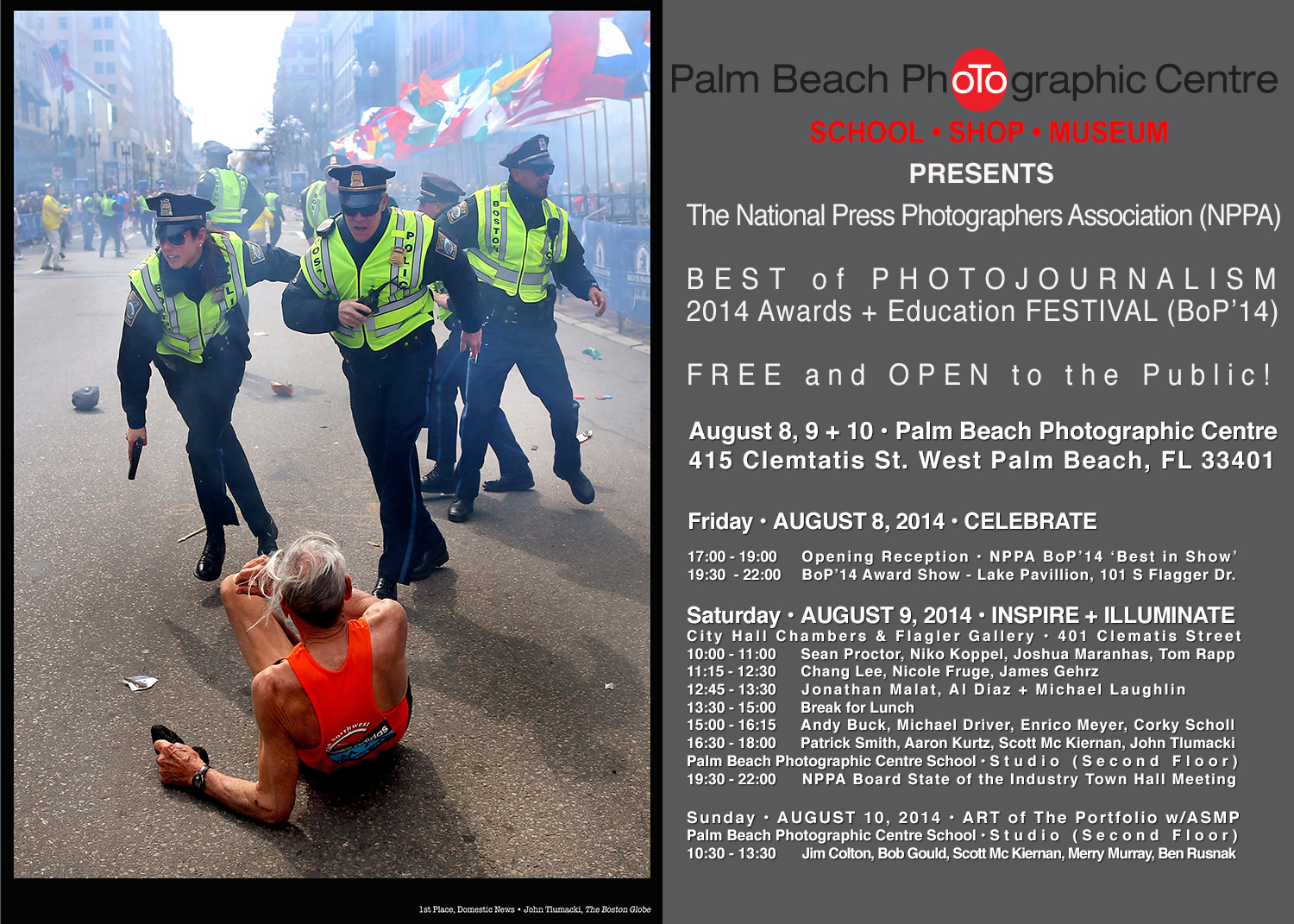 ALL EVENTS ARE FREE AND OPEN TO THE PUBLIC!

A full day of education & sharing and followed by an evening of community!

10:30 AM – 1:00 PM : ART of The Portfolio
Come Brunch, with NPPA and ASMP in a co-hosted FREE Biz Event
WHOM: World Famous Picture Editors: Jimmy Colton and Scott Mc Kiernan, will be joined by other top editors.
Also Top TV people such as Bob Gould and Merry Murray and NGO superstar Ben Rusnak
WHAT: to give a fast paced primer on Best Presentation Practices + FREE review of attendees portfolios.
WHY: Get best business practices and tips from those who hire photographers for both still and motion work.
WHERE: Palm Beach Photographic Centre (PBPC) Studio (2nd Floor) • 415 Clematis St., West Palm Beach, FL 33401