Stop Shooting, It's Time to Eat!

By Al Diaz
aldiaz305@aol.com
Boliche? Even though I grew up in a Cuban-American household I don’t remember ever eating it. So that’s what I ordered at Jose’s Real Cuban Food in Bradenton Florida. Boliche, Eye Round Roast stuffed with chorizo, black beans and rice, plantains or yucca at $13.95.

I stopped by last football season to visit, Jose “Streaks” Baserva, an old high school classmate and now a popular restaurant owner. I was in town on my way to photograph the University of Miami vs. the University of South Florida.

A few weeks before the game a message on my facebook account popped up that said, “ I think we went to school with this guy.”  Posted was a link to a YouTube video with host Guy Fieri on Diners, Drive-Ins and Dives, a television series on the Food Network.

Certainly not the host I thought, but maybe the chef? Could that be "Streaks"?

I hadn't seen the guy since he was a waiter at Pizza Loft in Miami. During the early 90s my wife Cindy and I would eat at the pizza joint regularly. When we would walk in, Jose always made us feel at home and provided excellent service. At the time I did not know the waiter attended school with me at Immaculata-LaSalle High School.

Jose was partially bald and was missing one major identifying feature, a white patch of hair he used to have just above his forehead during our youth. It was not until I overheard a conversation with the couple seated next to us that I found out Jose graduated from high school in 1976. I called him over to our table.

Oye José, what high school did you go to? “LaSalle” he said.
I did not recognize him.

Well who the hell are you? I asked with a chuckle. We went to school together!
He told me his full name, Jose Baserva. That still did not ring a bell even with a graduating class of only 200 kids. He finally mentioned that white patch of hair. Streaks! I shouted, when I finally realized he was an old classmate. We all had a good laugh.

Pizza Loft eventually shut down and moved to Davie, Florida, and I never saw “Streaks” again until now.

So while you are covering the Republican National Convention or in town photographing the Bulls or Buccaneers in Tampa Bay, go on and stop by Jose’s Cuban Café and ask for “Streaks.”

Tell him an old high school classmate sent you. 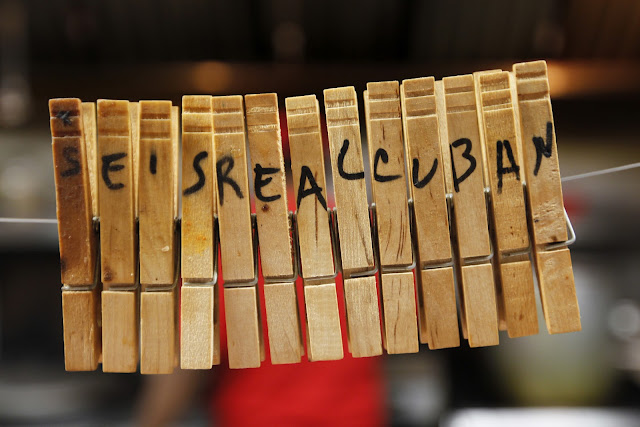