Join us for a gallery opening for acclaimed photographers Alex Webb and Rebecca Norris Webb. The exhibition, "Together and Apart," includes work from their joint book, "Violet Isle: A Duet of Photographs from Cuba," Alex’s second edition of The Suffering of Light (2013) and Rebecca’s My Dakota (2012). There will be a slide presentation, a question-and-answer session, followed by book signings of The Suffering of Light and My Dakota.
Alex and Rebecca will also conduct a workshop, Finding Your Vision, at Leica Store Miami on Saturday, January 18 and Sunday, January 19.
Alex Webb is best known for his vibrant and complex color photography, often made in Latin America and the Caribbean. He has published nine books, including Istanbul: City of a Hundred Names , Aperture and Violet Isle: A Duet of Photographs from Cuba (with Rebecca Norris Webb). His latest book, The Suffering of Light, a collection of thirty years of his color work, was published by Aperture (2011). Alex has exhibited at museums worldwide, including the Whitney Museum of American Art, New York; High Museum of Art, Atlanta; and Museum of Contemporary Art, San Diego. Alex became a full member of Magnum Photos in 1979. His work has appeared in National Geographic, New York Times Magazine, Geo, and other magazines. He has received numerous awards and grants.
Originally a poet, Rebecca Norris Webb has published three photography books that explore the complicated relationship between people and the natural world: The Glass Between Us, Violet Isle: A Duet of Photographs from Cuba (with Alex Webb), and My Dakota, which interweaves her text and photographs from her home state of South Dakota. In 2012, My Dakota was selected as a Time, PDN, and Photo-Eye best photography book of the year. Her work has been exhibited internationally, including at the Museum of Fine Arts, Boston, and the George Eastman House, Rochester, New York In 2012,My Dakota was exhibited at the Dahl Arts Center in Rapid City, South Dakota, and the Robert Klein Gallery, Boston, and will be exhibited in summer 2013 at the Ricco/Maresca Gallery, New York, and the North Dakota Museum of Art, Grand Forks. Her work has appeared in Time, Orion, and Le Monde Magazine.

Three veteran Miami Herald journalists with a combined 120+ years of experience are preparing to bid the paper farewell. Copy editor Sam Jacobs, and photojournalists Marice Cohn Band and Joe Rimkus Jr. decided to accept a recent buyout offer and will say goodbye to colleagues this Friday. 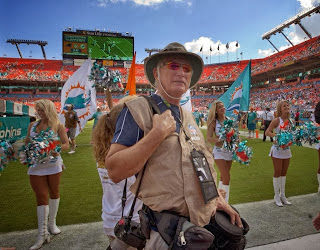 "I learned everything from him," Joe told the Sun-Sentinel in 1995.

Joe - an FIU graduate - started at the Herald 40 years ago, getting his foot in the door by starting out as a photo lab tech. 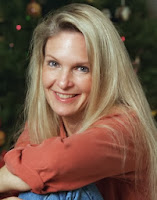 Marice Cohn Band, Born and reared in Miami, began her career at the Herald in 1979 after an internship at the old Miami News and a stint as a photographer at the Miami Beach Sun-Reporter.

In her almost 35 years at the paper, she's covered every kind of assignment. But she's perhaps best known for her tender feature images of children.

Copy editor Sam Jacobs joined the Herald in 1967 and is the paper's longest serving newsroom staffer.