Celtics Beat Up on Heat in Boston 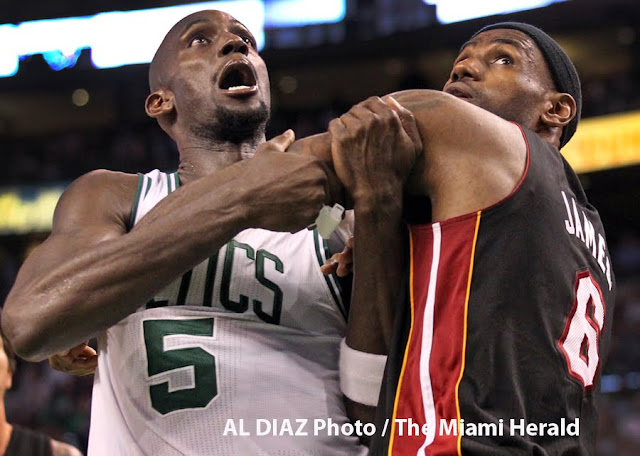 Garnett, Rondo help host Celtics cut Miami Heat’s series lead LeBron James scored 34 points, but Kevin Garnett was too much for the Heat, which fell in Game 3 to the desperate Celtics.

BY JOSEPH GOODMANJGOODMAN@MIAMIHERALD.COMBOSTON -- This is likely the final postseason for Kevin Garnett and Ray Allen in Celtics green. You just knew this city and its rocking and rambunctious arena wasn’t going to let those guys get out of town without one more seismic home-court victory in the playoffs.Two days after handing the Celtics a demoralizing defeat in the Eastern Conference finals, the Heat watched its 2-0 series lead get cut in half Friday night at TD Garden. For Garnett, Allen and Paul Pierce, the energy inside the building was like a steroid pumped directly into old legs. The place vibrated like a tin-roofed shed in a category-3 storm.
Read more here: 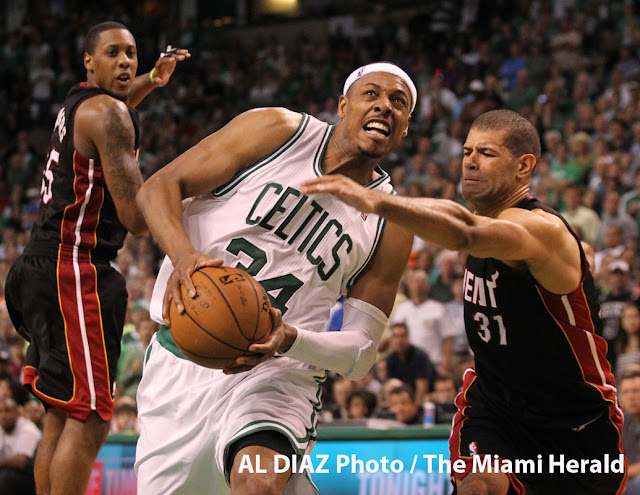 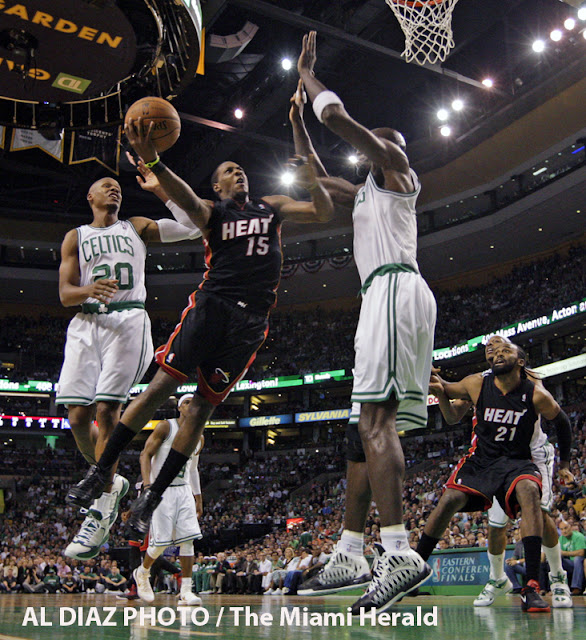