The Legal Lens
with Samuel Lewis

Q. Last month, we talked about Instagram and the brouhaha over changes to its Terms of Service (TOS).  Has the new TOS gone into effect?

A. They have, although it seems the uproar over the TOS has quieted down.  Unfortunately, the TOS contains the same language that caused me concern when we discussed the issue last month.

Q. Have there been any other recent developments?

A. Well, not with Instagram.  However, there has been a development in a significant case involving Agence France Presse, Getty, the Washington Post, photojournalist Daniel Morel and Twitter’s TOS.

Morel was in Haiti in January, 2010, when the earthquake hit.  He then posted some of his images to Twitter.  Shortly after Morel uploaded the images, they were reposted by another Twitter user.  AFP’s Director of Photography for North and South America found the re-tweeted images and sent eight of Morel’s images to the AFP photo desk.  AFP ultimately transmitted the photographs to Getty, who in turn provided the images to the Washington Post (the Post published four of Morel’s images).  Because of the way the images were originally obtained—from a Twitter account other than Morel’s—the images weren’t even credited to Morel initially.

After learning that the images belonged to Morel, and that AFP and Getty did not have permission to publish or license the images, AFP filed a petition against Morel in the U.S. District Court in New York seeking a declaration that AFP use of Morel’s images was covered by Twitter’s TOS, and therefore, the AFP did not commit copyright infringement.  Morel countersued AFP for copyright infringement, and also asserted claims of infringement against Getty and the Washington Post.

On January 14th, U.S. District Judge Alison J. Nathan released a 58-page summary judgment opinion (summary judgment is issued when a court is able to resolve aspects of the case—and sometimes the entire case— by making final rulings on legal issues based upon undisputed facts; summary judgment prevents a court and the parties from wasting time with a trial when there is no dispute over the facts and it is just a matter of applying the law to those facts).

Under Twitter’s TOS, users like Morel grant Twitter the right to make content “available to other companies, organizations or individuals who partner with Twitter for syndication, broadcast, distribution or publication of such” content.  Similar to Instagram’s TOS, Twitter’s TOS provides that any such use of content may be made without compensation to the user who posted the content to Twitter.  AFP contended that this language was broad enough to give it the right to use images posted to Twitter.

With regard to Twitter’s TOS, the Court ruled squarely in Morel’s favor.  As the Court explained, “it suffices to say that based on the evidence presented to the Court the Twitter TOS do not provide AFP with an excuse for its conduct in this case . . . Put differently, the evidence does not reflect a clear intent to grant AFP a license to remove [Morel’s images] from Twitter and license them to third parties . . . .”  The Court went further when addressing both AFP and the Post:  “AFP and the Post raise no other defenses to liability for direct copyright infringement, and, in fact, concede that if their license defense fails—as the Court has determined that it does—they are liable for direct copyright infringement.”

Unlike AFP and the Post, Getty also argued that it is not liable for copyright infringement because it is entitled to the benefit of the safe-harbor (limited immunity) applicable to online providers under the DMCA.  The Court found that there is a factual dispute, and thus, Morel will have to proceed to trial against Getty and let a jury decide if Getty qualifies for the limited immunity under the DMCA.  Similarly, the question of whether AFP, the Post and Getty are willful infringers is an issue that will have to be resolved at trial. 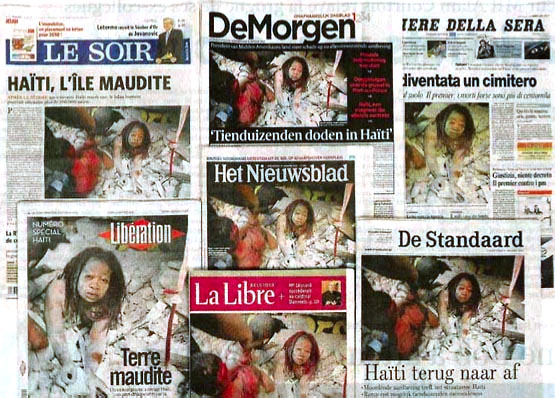 Q. This sounds like a good decision for photographers.  Is it?

A. The decision is good from the standpoint that the Court did not find the language of Twitter’s TOS to be sufficiently broad to permit agencies like AFP to license the use of the images to others.  While the Twitter TOS is broad enough to allow Twitter and others to republish the tweets, including images, it was not interpreted so broadly as to permit AFP or the Post to use the images without consent (although the way that the next court interprets the Twitter TOS may be different).

With the Court’s decision on damages, AFP, the Post and Getty have a considerably better idea as to their possible exposure—the amount that may be awarded—should the case proceed to trial. Unfortunately, those damages are considerably less than Morel was seeking in the case.

Q. What should photographers take away from this decision?

A. If there’s one thing to take away from the decision, it is the importance of reading the fine print when using social media sites.  Much of the decision in Morel’s case turned on the Court’s analysis of the Twitter TOS, and considering each term and phrase within that TOS.  However, since the TOS vary from one social media site to another, the same phrase that tipped the scales in favor of Morel in Twitter’s TOS might not be present in the TOS for any other social media site.

Samuel Lewis is a Board Certified Intellectual Property law specialist and partner at Feldman Gale, P.A. in Miami, Florida, and a professional photographer who has covered sporting events for more than twenty-five years. He can be reached at SLewis@FeldmanGale.com or SLewis@ImageReflex.com.