25% off just about everything that Peak Design makes - this weekend 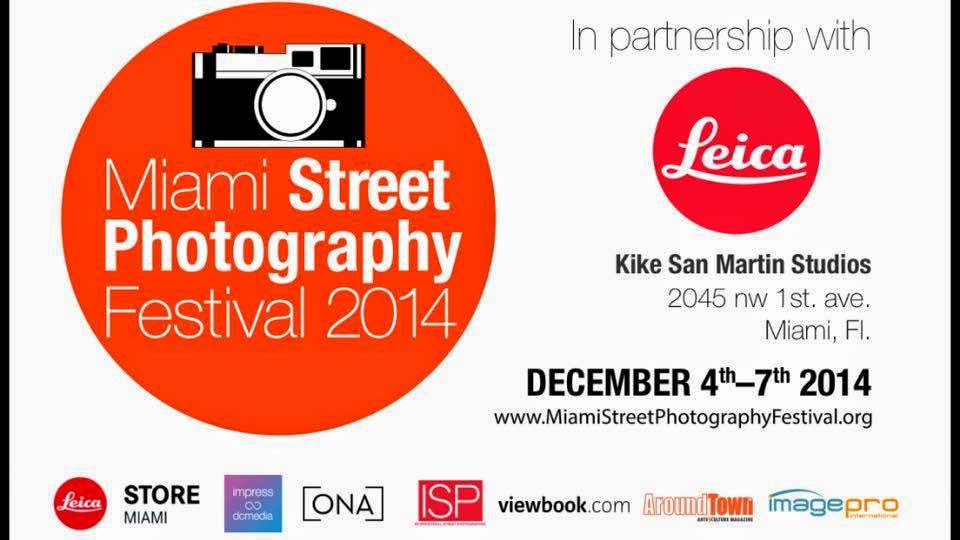 MiamiStreetPhotographyFestival.org
This year’s event takes place once again during Art Basel in the Wynwood Art District, from December 4th-7th. The festival is open from 10am-11pm, Thurs.-Sat., and until 5pm on Sunday, with a variety of activities including two exhibits, lectures, workshops, student presentations,  photowalks, portfolio reviews, and an interactive station. Leica Store Miami and ImagePro will be on hand to test cameras, equipment and a host of photo paper with on-the-spot printing, and Leica Akademie will be lending out their venerable cameras to test during the two hour photo walks.

Since its inception two years ago, the Miami Street Photography Festival has become an international event. Entering its third edition, the festival extends its reach with media coverage from the Huffington Post, BBC, and Harper’s Bazaar, in addition to numerous other publications and online sites. The 2014 photo competition includes submissions from fifty countries worldwide, and the organizers expect to enjoy continued attendance from photo-buffs and culture fans throughout the globe.

Finalists in this year’s competition are eligible to win a Leica x2 and will be published in ISP Magazine, among other benefits. The Grand Prize will be selected by this year’s presenters and world renowned photographers, Magnum’s Constantine Manos, Alex Webb, and Susan Mesielas, along with NatGeo’s Maggie Steber and poet/photographer Rebecca Norris Webb.

Most events are free and open to the public.

MIAMI PRNewswire
Photographers such as Jorge Mino, Roberto Huarcaya, Rolando Pena, Gaston Ugalde, and Carlos Garaicoa among others, join forces to exhibit their work in the only non-profit pavilion during the week of Art Basel. These prominent and renowned artists will be taking part in ARTECHO's  Photography Masters and Shooting Stars exhibition and online benefit auction during Art Basel in Midtown, Miami, to support the challenge of overcoming poverty in Latin America.
The exhibition will be open from December 2-7 from 11am to 7pm and the artwork will be available for bidding from November 24 to December 7. (Link to auction). These leading photography based artists present their finest signature works in support of TECHO, a youth-led nonprofit that works in 450 communities across Latin America through community development programs.
"ARTECHO Miami returns for the fourth edition with an international sense of quality and exquisite artworks for auction while remaining a true highlight on the cultural calendar in Miami during Art Basel" says ARTECHO's Curator Jonathan Shorr.
ARTECHO is renowned for showing the finest work by artists both established and up-and-coming such as Roberto Huarcaya, Jorge Mino, Carlos Garaicoa, Gaston Ugalde, Rolando Pena, Alberto Pla, Mike Riech, Felipe Cuevas, Manuel Mazzanti, Don Ungaro, Laura Ford, Claudia Ammirata, Isadora Gaviria, Maggie Steber, Osvaldo Sandoval, Diego Texera, and Giancarlo Ciavaldini.
ARTECHO Miami 2014 is sponsored by the Knight Foundation, Alliance, SpeedQueen, Goldman Sachs, Midtown Opportunities, Eventstar, Platform, Paddle8, FedEx, Cable Designs, Diario Las Americas, and the Miami Chamber of Commerce. Throughout the week a series of activities will be taking place in ARTECHO's pavilion such as an art installation by Miami-based artist.
All proceeds from this exhibition and auction will finance TECHO's projects, which are tangibly eradicating poverty across 19 countries. Nearly 164 million people live in conditions of poverty in Latin America and 113 million live in slums. Through the collaborative work of the art community and the different entities of society, TECHO seeks to overturn this reality of the most unequal continent in the world. TECHO operates in 19 Latin American countries and through community development programs, TECHO has built 100,000 transitional houses, provided education to 17,000 children, trained 8,600 adults in basic skills, built 344 community centers and mobilized over half million youth volunteers.
Posted by al diaz at 9:08 PM No comments:

In celebration of the coming holiday season, our friends at Think Tank Photo have announced a couple of fun special offers.  [Don’t forget, Think Tank offers free FedEx Ground shipping on all orders.]

They have lowered the prices on their popular CityWalker messenger bags.  Extremely lightweight, the bags feature a high quality silver-toned nylon liner, RC Fuse External/YKK zippers, and antique nickel plated metal hardware.  They have a sound silencer on the main flap (a great feature for wedding photography), extra flaps for smaller lenses with a fully lined velex insert for maximum customization, internal pockets that fit a pro-size flash, and a removable padded insert.

And, when you buy a Think Tank Photo rolling camera bag you are eligible to receive their new “Road Warrior Kit,” a $44.98 value, for FREE!  The kit consists of ten Red Whips cable ties, a Cable Management 10 pouch, an AA Battery Holder (holds up to eight AA batteries), and a Small Travel Pouch.
http://www.thinktankphoto.com/categories/rolling-camera-bags/airport-series.aspx?=AP-269

This is a screen grab from Think Tank Photo.
Click the links above to order. 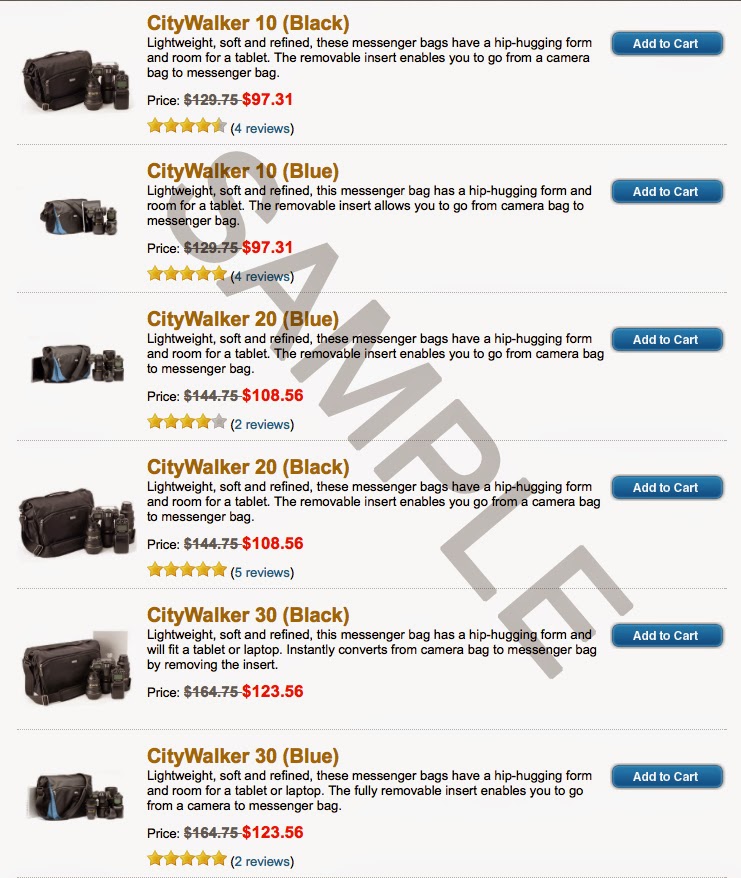 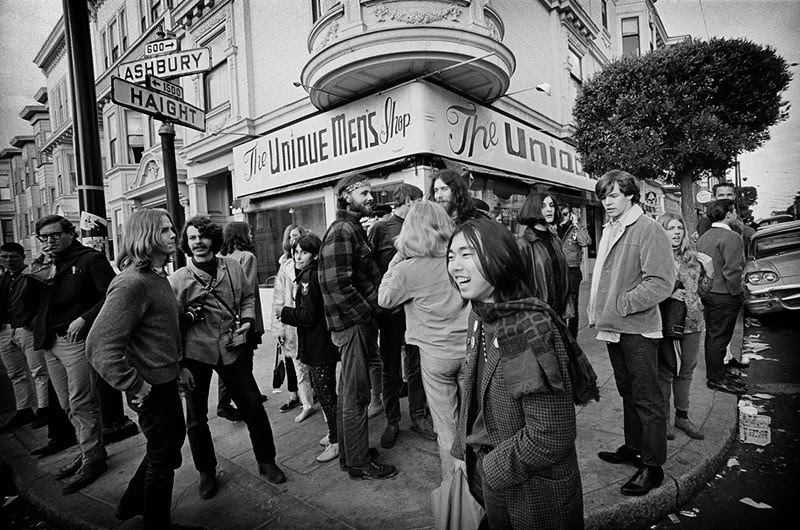 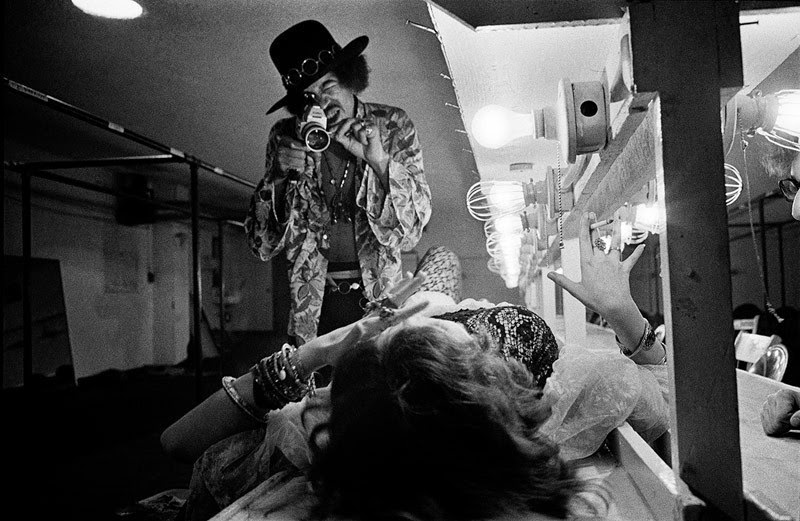 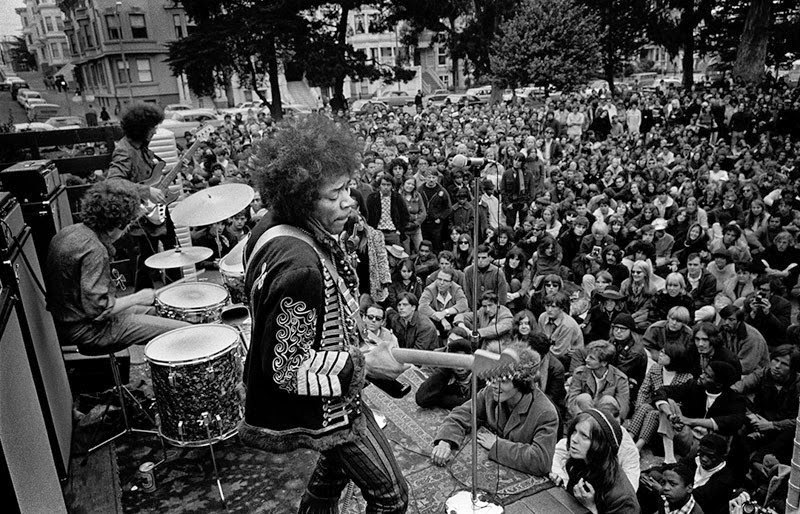 Gallery Opening & Booksigning:
Amelia Davis, owner and manager of Jim Marshall Photography, LLC and long-time assistant to the late photographer, will be signing copies of the new Jim Marshall book "The Haight: Love, Music, and Revolution" and share the stories behind many of his iconic works.
From the 1950's North Beach Jazz scene in San Francisco through the turmoil of the 60's and the Rock & Roll explosion in America, Jim Marshall was an integral part of the scene. Marshall was the only photographer at Johnny Cash's Folsom and San Quentin groundbreaking live concerts and The Beatles last live concert at Candlestick Park in San Francisco.
Marshall documented music icons such as Jimi Hendrix, Janis Joplin, The Rolling Stones, The Who, John Coltrane, Miles Davis, Muddy Waters, Chuck Berry and the music culture that Jazz and Rock and Roll shaped. In 2014 Marshall became the first and only photographer to be honored by the Grammys with a Trustees Award for his lifework.
In Jim's own words, " ...We were documenting History and didn't know it."
Come see moments in History through Jim Marshall's lens.
About the Book:
The Haight: Love, Rock, and Revolution (Insight Editions / $50.00) is a stunning collection of photographs of San Francisco in the 1960s that captures the essence of the era through Jim Marshall’s lens. Written by best-selling author, and longtime San Francisco Chronicle music journalist, Joel Selvin, The Haight shows the rise of the counterculture movement leading into the ‘Summer of Love’ like it’s never been seen before: live concerts, powerful candid’s, intimate portraits, street scenes, crash pads, and more.
The Haight features hundreds of previously unseen photographs of artists ranging from the Beatles, Bob Dylan, Jimi Hendrix, Janis Joplin, Grateful Dead and Jefferson Airplane, to Bill Graham, Timothy Leary, Allen Ginsberg and other icons of the 1960’s counterculture movement.
The Haight tells the complete and comprehensive story of the era through an intimate and revealing narrative, lending each and every image a fascinating context and perspective.
Complete with a foreword by Jorma Kaukonen of Jefferson Airplane, a preface by Donovan, and an afterword by former LOOKmagazine editor John Poppy, The Haight is a bold and beautiful collection capturing the full scope and nuance of Marshall’s San Francisco photography and offers fresh insight into the Summer of Love, Haight-Ashbury, and beyond.
About Jim Marshall
The counterculture movement of the 1960s is one of the most continually fascinating and endlessly examined milestones of the twentieth century. Widely regarded as the cradle of this social revolution, the Haight grew from a small neighborhood in San Francisco to a worldwide phenomenon—a concept that extends far beyond the boundaries of the intersection itself. Nearly fifty years later, the footprint of that era still reverberates today in music, fashion, politics, literature, design and more.
Legendary photographer Jim Marshall visually chronicled the movement as perhaps no one else did. Armed with his trusted Leica M4 camera, and unlimited access, Jim Marshall ‘s intimate and distinct style has made him one of the most celebrated photographers in the world, earning him the Grammy Trustees Award for his lifework. 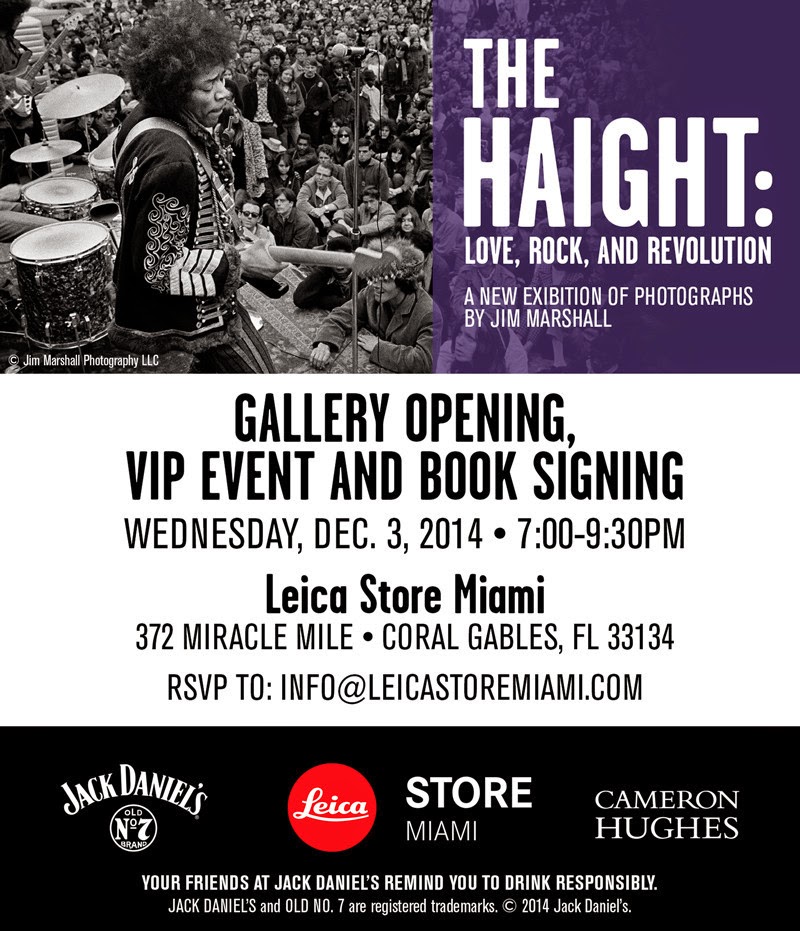 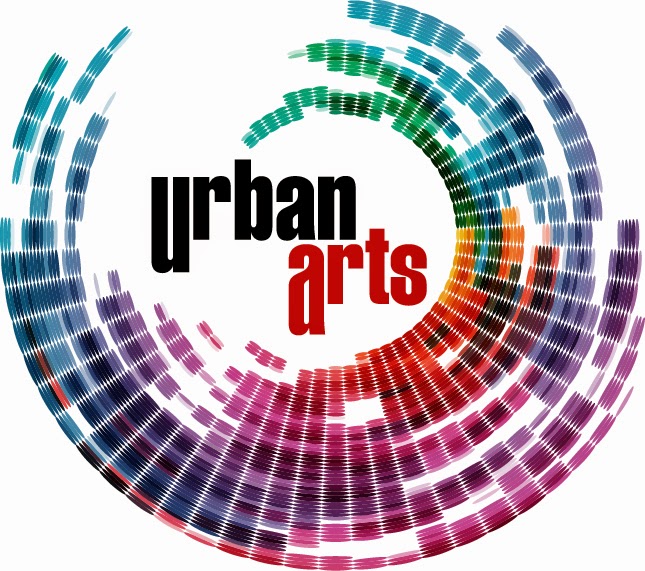 Tonight is the opening of Urban Arts Curated by Carl Juste in association with
Barbara Gillman and Bernice Steinbaum Gallery
7p.m on November 20th at KROMA, 3670 Grand Avenue, Miami,
FL 33133.  On view November 20, 2014 through January 15, 2015
Please RSVP to mailto:cjuste@irisphotocollective.com

Coinciding with Art Basel Miami, Urban Arts will make its gallery debut at
KROMA art space in Coconut Grove, Miami, FL
with an exhibition that examines the tussle and lure of the urban landscape.

Urban Arts represents a synthesis of cultures, clashing and melding to form a
new aesthetic defined by circumstance and molded by necessity. The concentration
of artistic expressions in contemporary metropolitan areas is not the result of
chance, but rather the product of compelled circumstance.

The exhibition highlights this aesthetic, featuring the innovative process of
indigenous art forms transformed into narratives that define collective


experiences of contemporary artists of color. 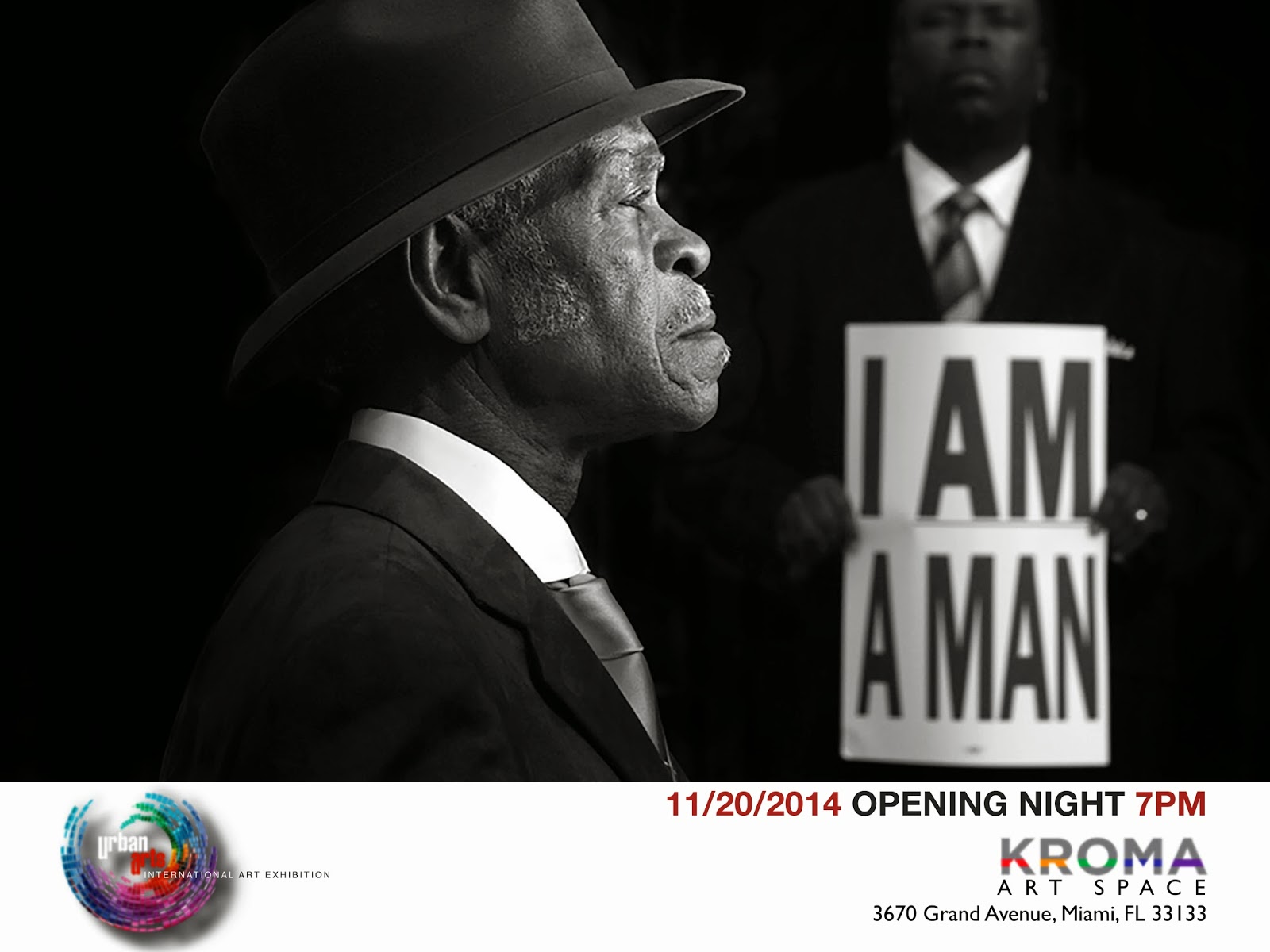 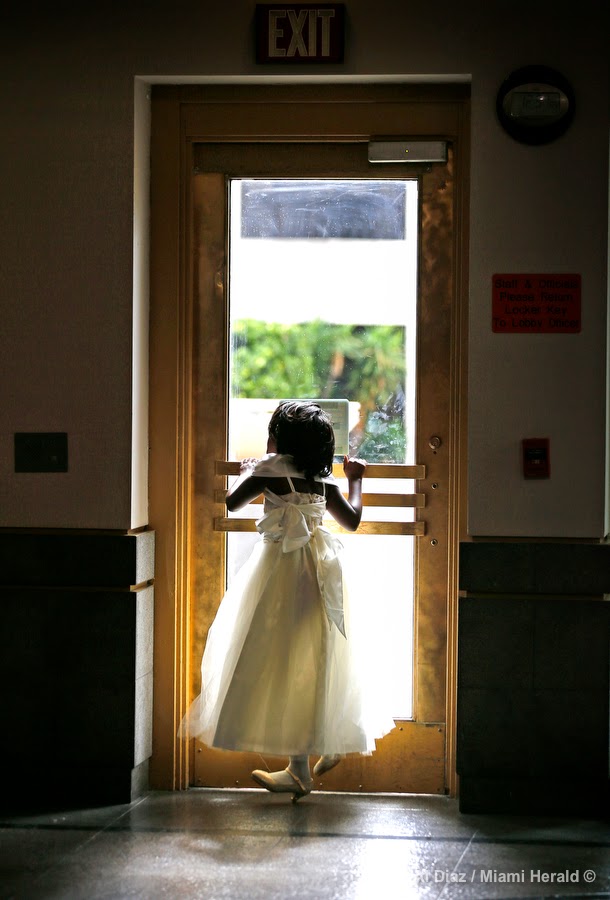 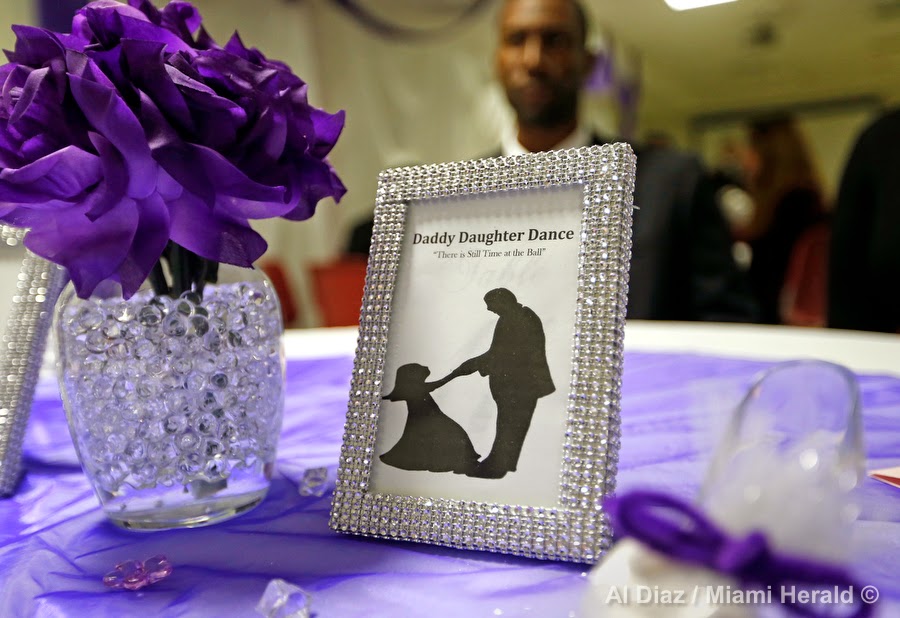