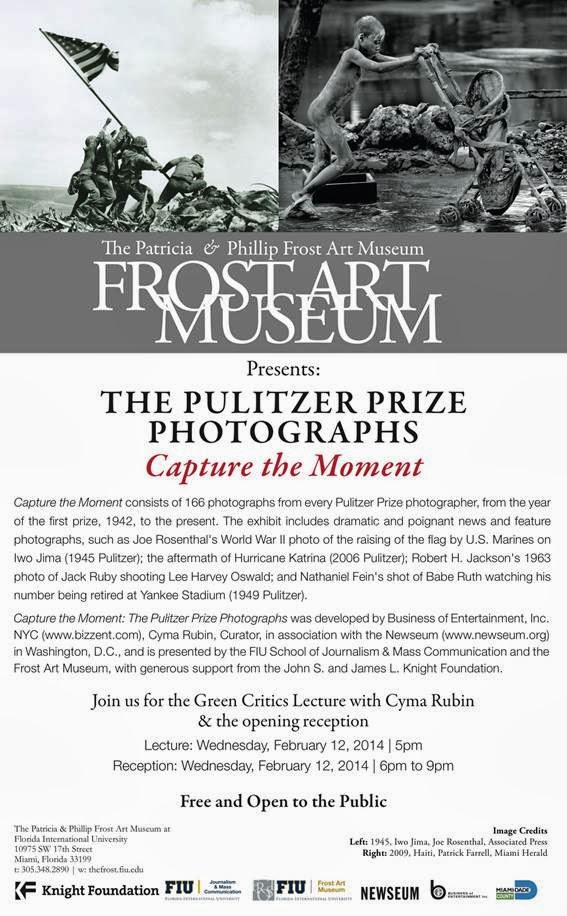 Wednesday, April 16, 2014 | 4-6pm | Panel 2: "Photojournalism in the Digital World." |
This panel will be a conversation with photojournalists, photo editors and experts about issues such as photo-manipulation, the threat to credibility, crowdsourcing, and ethics | Moderator: Prof. Michael Sheerin, SJMC | Patricia & Phillip Frost Art Museum at Florida International University
Posted by al diaz at 6:00 AM No comments: