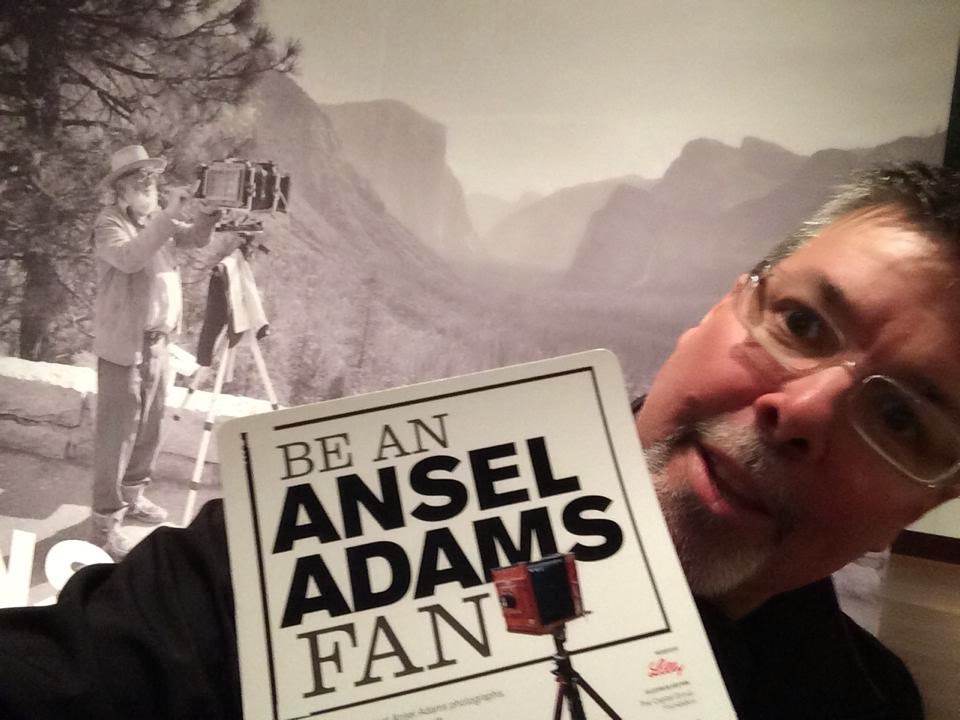 Got this shot off before I was told "stop that, no photos allowed". The Eiteljorg Museum of American Indians and Western Art.
Posted by al diaz at 4:20 PM No comments:

The action from last nights game using four cameras,
including a remote camera on the post: 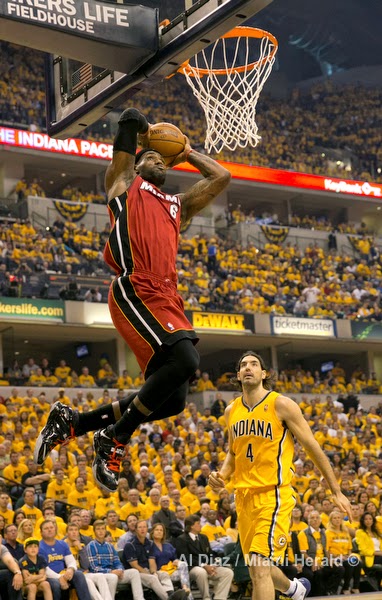 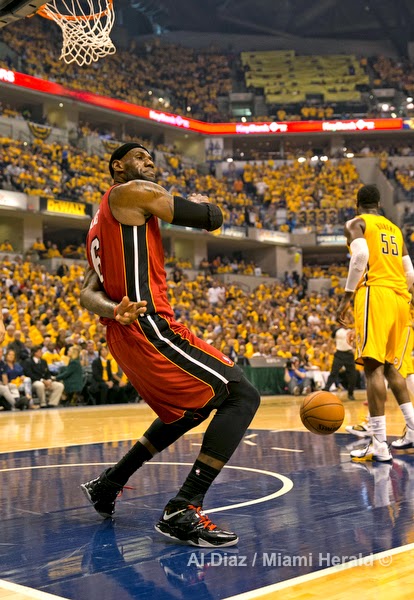 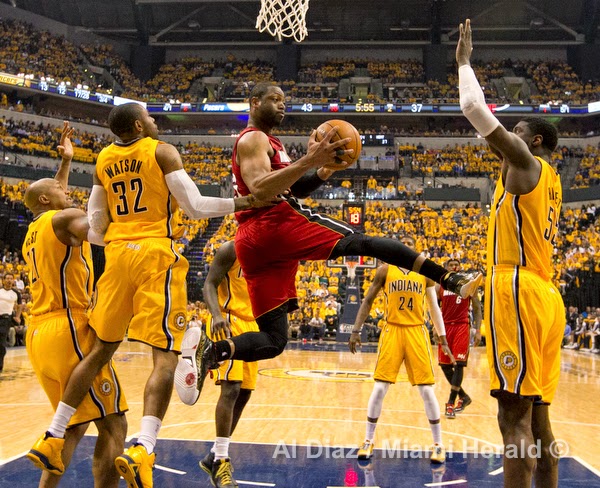 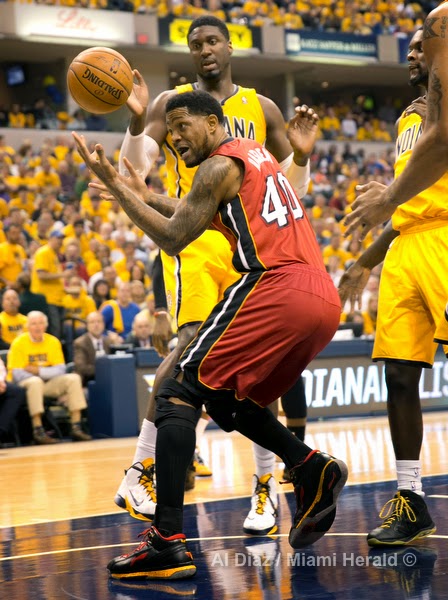 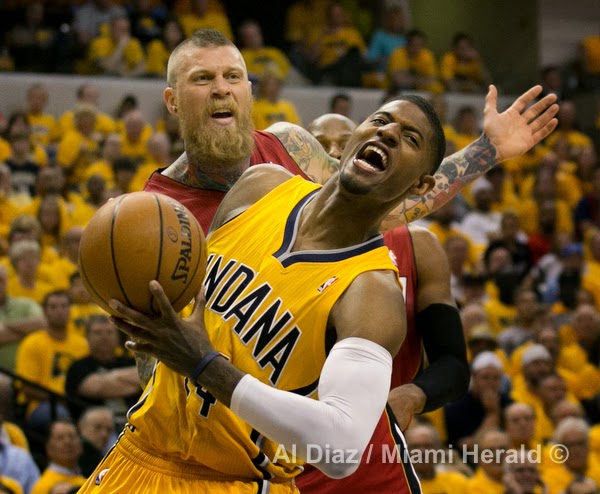 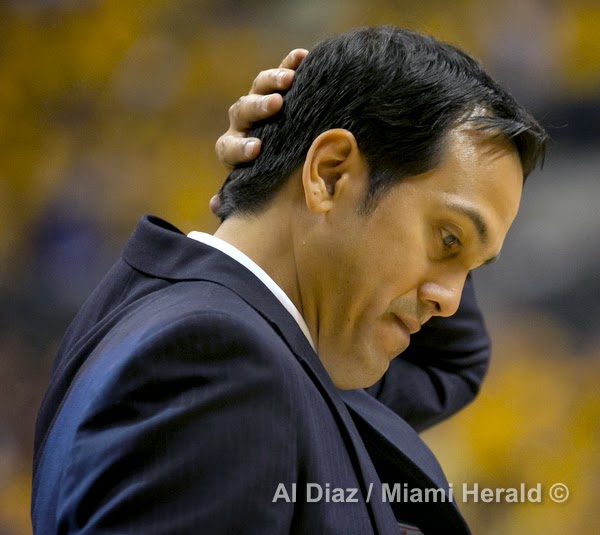 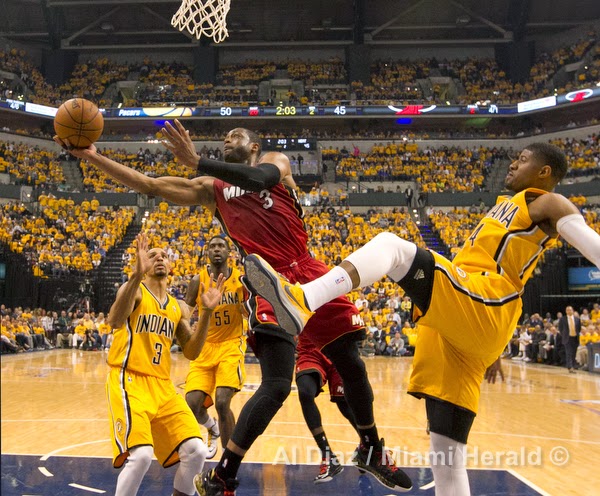 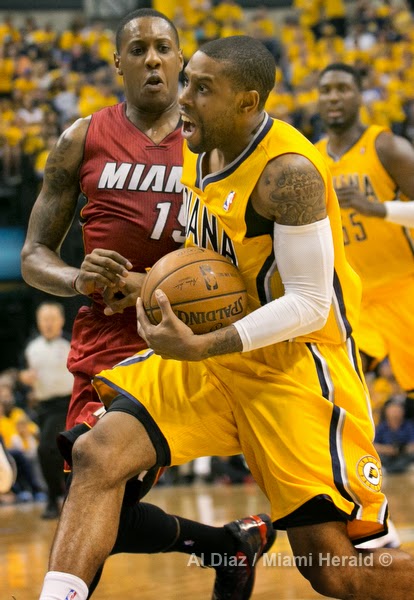 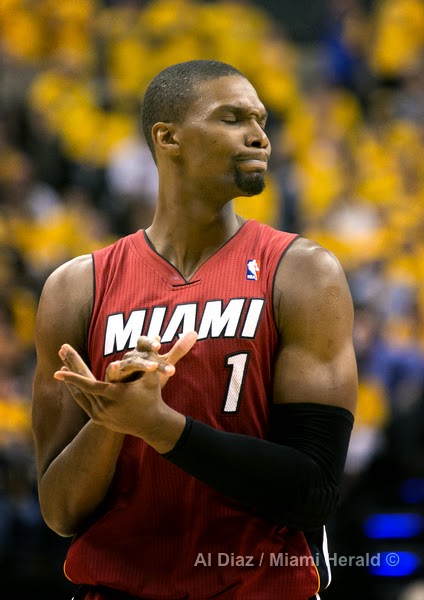 The Heat entered Game 1 looking to take away homecourt advantage at Bankers Life Fieldhouse, but the Pacers rolled with a wire-to-wire win.

INDIANAPOLIS -- Shell shock.
That was the look on Heat coach Erik Spoelstra’s face at one point in the third quarter of a disastrous start for his team to begin the Eastern Conference finals.
After rolling through the first two rounds of the playoffs, the Heat looked dumbfounded at times Sunday at Bankers Life Fieldhouse. The rest of the time the defending back-to-back champions simply looked lost defensively.
It made for a sobering reminder of just how difficult last year’s championship run really was and how much work the Heat has ahead of itself to win three in a row. Miami’s 107-96 loss to the Indiana Pacers felt like an extension of last year’s back-and-forth conference championship series and this latest best-of-7 set already feels like it’s going the distance.
“That’s probably us at our worst defensively,” Spoelstra said after the game.
READ MORE HERE: Photo gallery, videos and more stories at MiamiHerald.com