Photography Is Not A Crime: Carlos Miller's Attorneys Prove it Again. 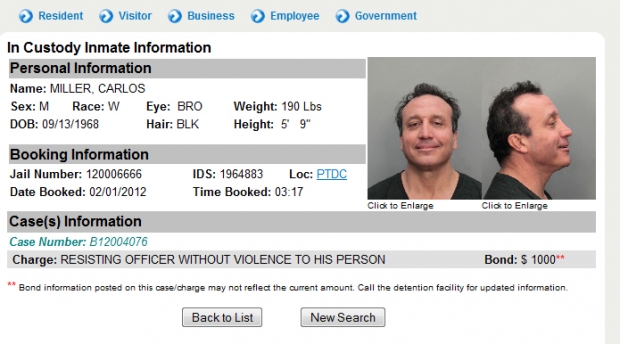 Miami freelance photographer Carlos Miller likes to challenge authority. Many people say he is a “jerk”. He is a “bit” adversarial when it comes to police press relations and has been cuffed three times for it.

But there is no law that says, you can't be a jerk.


Miller was arrested while documenting city and county police officers evicting Occupy Miami protesters last January. In the days leading up to the eviction, police kept tabs on Miller's Internet posts and singled him out for arrest.

Nine months after his latest run in, the verdict is out. On Thursday, November 8, Miami-Dade County jury found Miller not guilty for resisting without violence when confronted by Miami-Dade Police Public Information Officer Nancy Perez.

Arrested by a public information officer? That alone should raise a few eyebrows and question what the heck is really going on here.

One of Miller’s defense attorneys, Santiago Lavandera, delivered a slam dunk, high five closing statement that went like this.

“In this country, when you’re a journalist, your job is to investigate.
Not to be led by your hand where the police want you to see, so they can hide what they don’t want you to see.

In this country, journalists do their job the way they see fit.
What he is describing is Cuba. What he is describing is a communist country. The government says you can’t be here because I say you can’t be here. And it’s infuriating to me that a prosecutor would try to get up here and try to convince you that just because a police officer says something, that he has to bow his head and walk away. That is a disgrace to the Constitution of this country.”