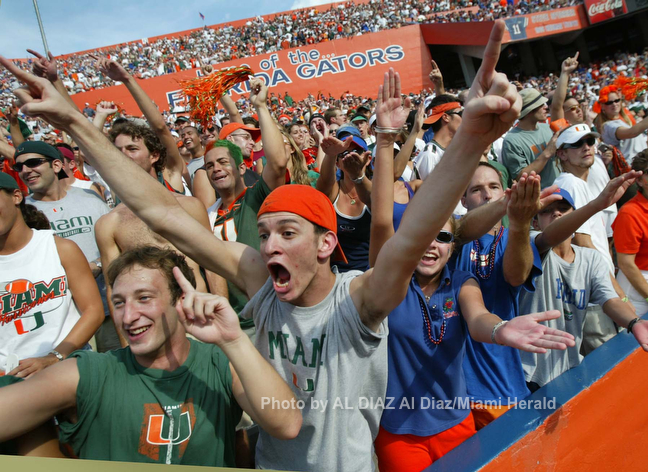 Unfortunately it will be the last time my two favorite teams will meet for a long time. Miami Herald columnist Linda Robertson calls it “incomprehensible, irresponsible, cowardly and downright party-pooperish”.

Football season is my favorite time of year and this game will be another classic but tonight I’ll be covering the FIU Panthers vs UCF Knights. 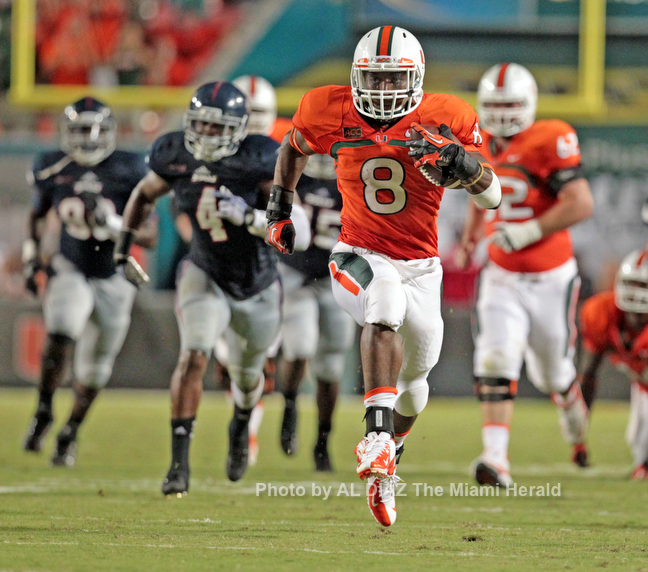 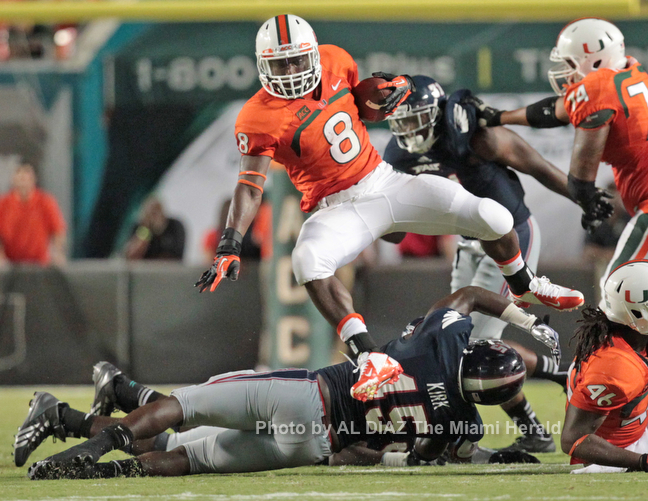 Duke Johnson on a 53-yard run for a touchdown as he adds up a
career-high 186-yards in the game.
All the action photos were shot with Canon EOS-1D Mark-IV 16.1 Megapixels Digital SLR Camera with a Canon EF 300mm f/2.8L IS II USM Image Stabilizer AutoFocus Telephoto Lens and using the Peak Design Leash 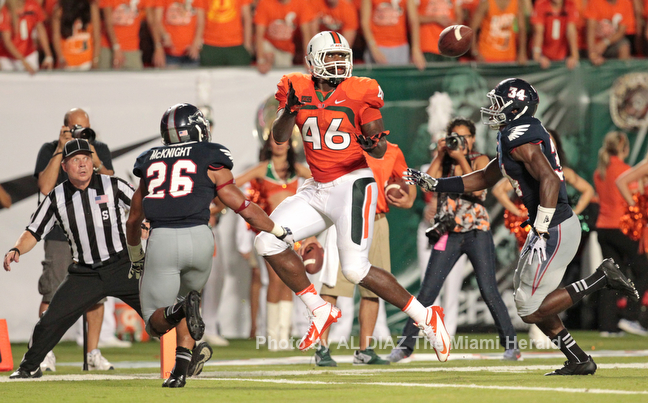 Clive Walford on a touchdown reception from quarterback Stephen Morris. 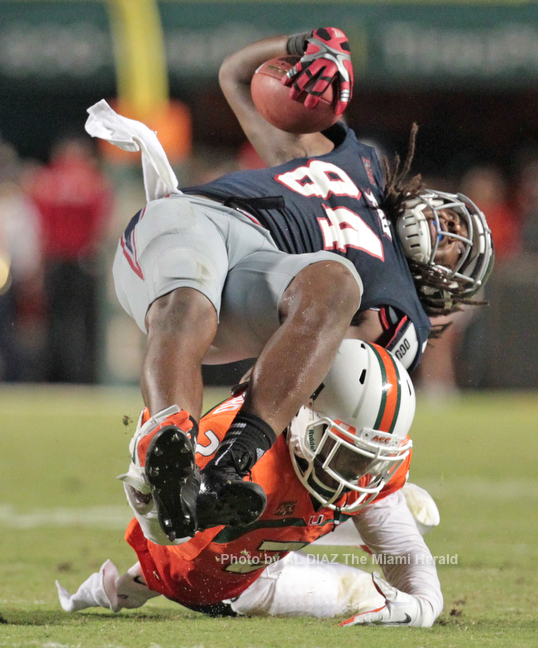 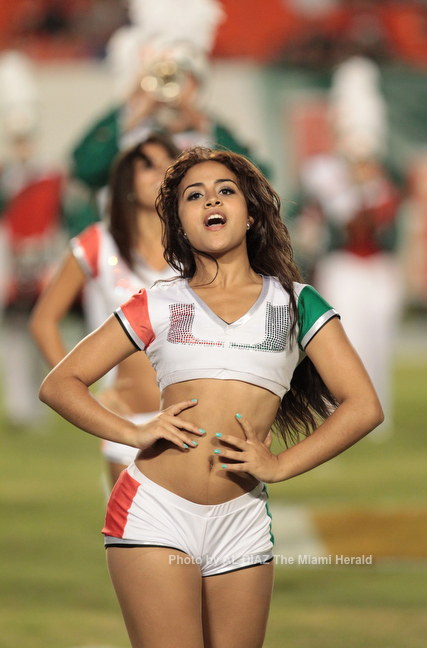 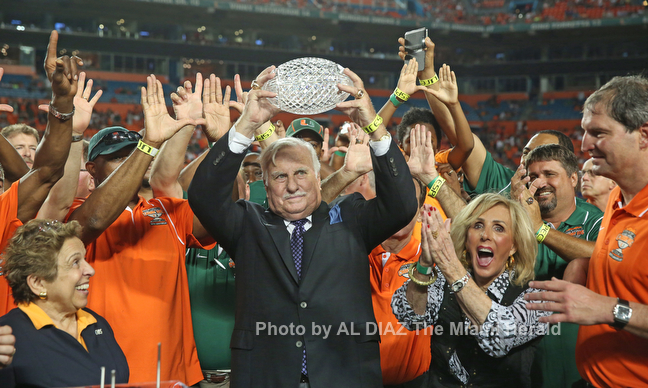 
Unlike the fake genteel Southern charm emanating from Gainesville, UM fans are cosmopolitans. And oh by the way, we do own the series record.

What do you call the Gator fan section at Saturday’s UM-UF game?
A full set of teeth.
OK, that was low. But brace yourself nonetheless, Miami: They’re coming. So break out the earplugs to shut out the banjo music. Pinch your nose to block the stench of the moonshine.
FOR MORE CLICK HERE
Opinion: Miami Hurricanes just a small blip on Florida Gators’ radar

For University of Florida fans, Miami is like the pesky little brother who just won’t go away. Sure, he’s annoying, but we’ve got bigger fish to fry.

We don’t like you, Miami Hurricanes. Really. But we hate so many other people so much more. To the great Gator Nation, you’re sort of like the palmetto bugs scurrying around the kitchen floor after dark: When you force us to acknowledge your presence, we reach for the nearest heavy object to squash you. But we’re really more worried about the tornado (in the form of Nick Saban) blowing off the roof.
FOR MORE CLICK HERE
Read more here: http://www.miamiherald.com/2013/09/06/3608376/opinion-miami-hurricanes-just.html#storylink=cpy
Read more here: http://www.miamiherald.com/2013/09/06/3608376/opinion-miami-hurricanes-just.html#storylink=cpy