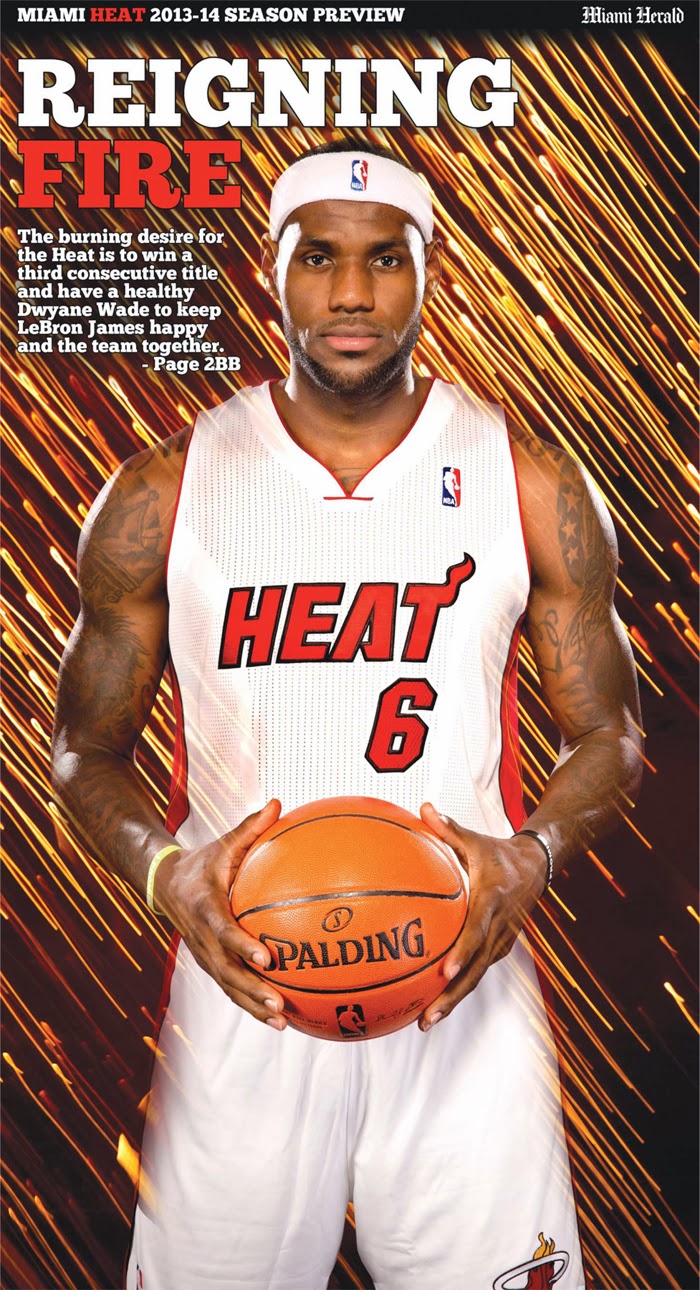 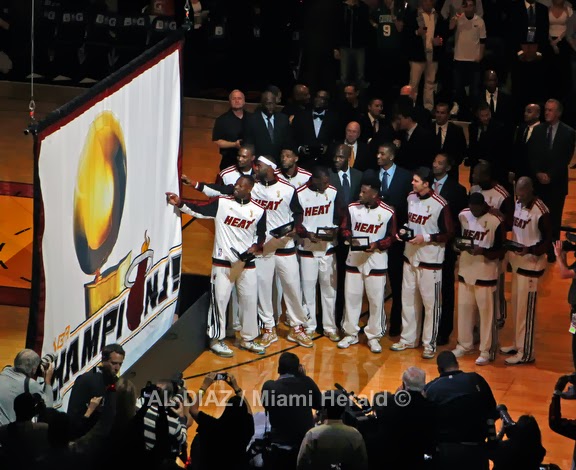 The reigning two-time NBA champions open their season Tuesday night, and their rivals are more motivated than ever to topple them.
BY JOSEPH GOODMAN
JGOODMAN@MIAMIHERALD.COM
Mark Cuban, owner of the last team to defeat the Miami Heat in an NBA Finals, recently uttered the names Micky Arison and Al Davis in the same sentence while comparing Arison’s Heat with Davis’ Oakland Raiders.
Chicago Bulls center Joakim Noah has forever called the Heat “Hollywood as hell.”
The Indiana Pacers, which have made losing to Miami in the playoffs an annual event, think the Heat gets away with cheating on defense and believe this so passionately that their coach once paid thousands of dollars in fines to say it publicly. Read more here.
Posted by al diaz at 12:47 PM No comments: