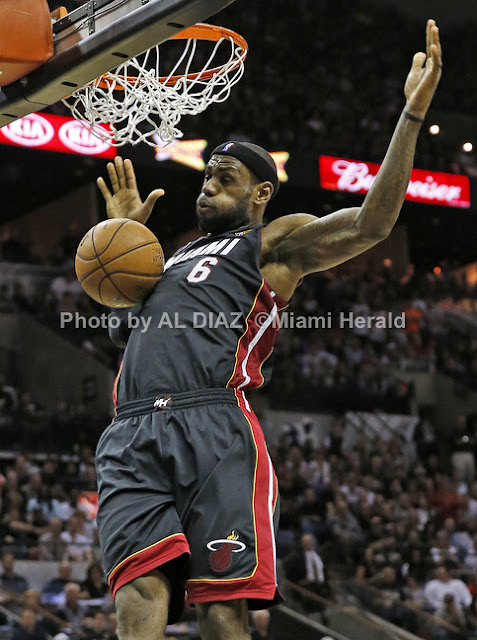 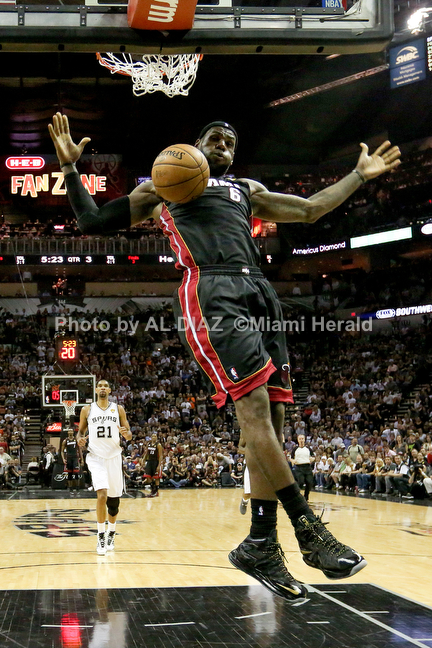 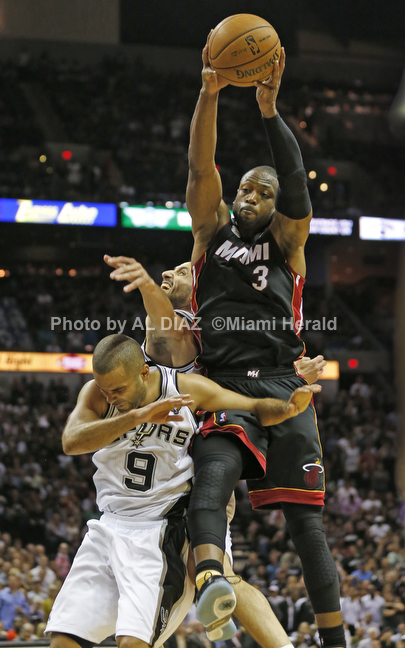 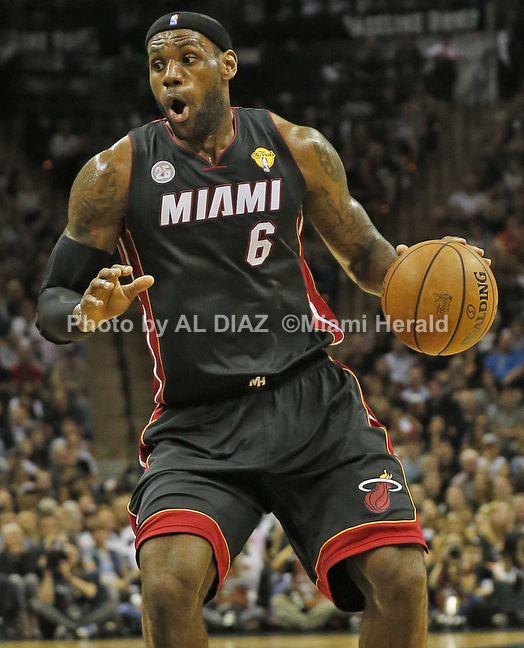 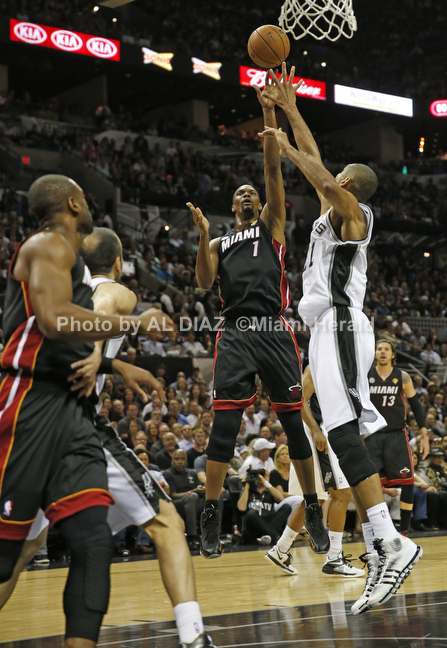 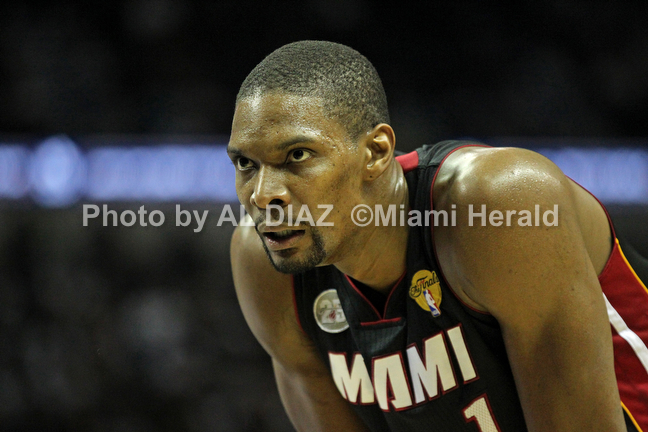 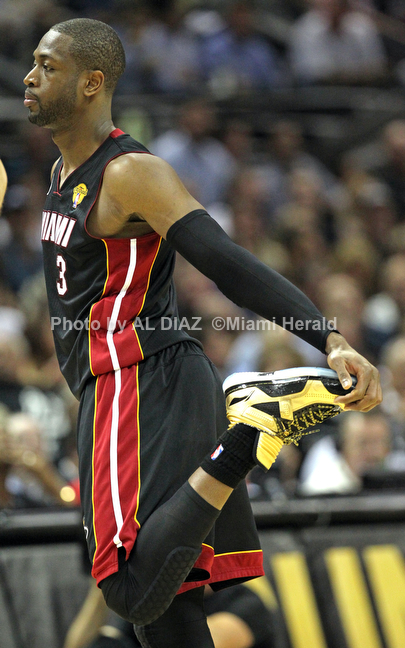 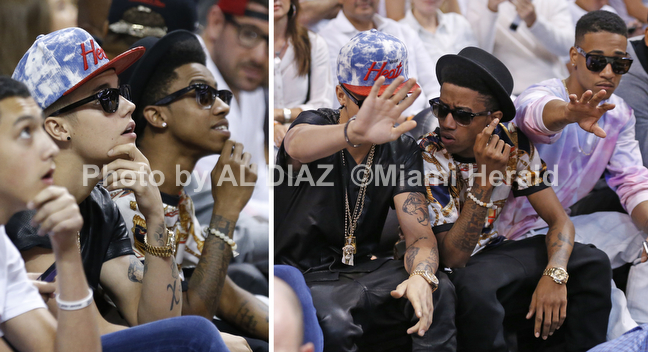 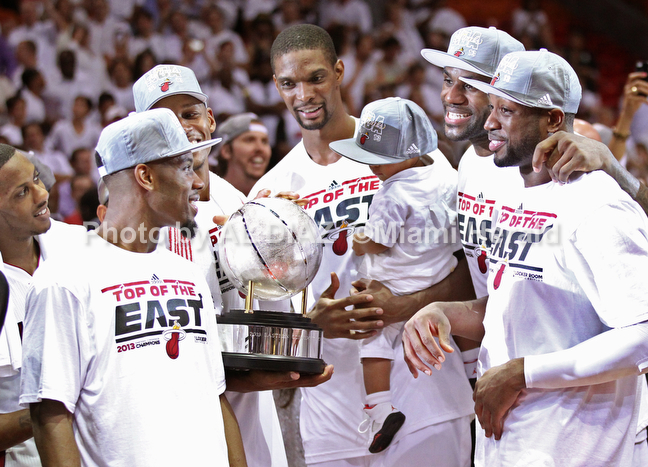 Apparently Justin Drew Bieber, a Canadian pop musician, actor, and singer-songwriter is a fan of the Miami Heat but not photographers. When I got up to photograph the teen idol during a time out in the basketball game, he covered his face.

It’s a bit odd to me. He is sitting at courtside in front of thousands watching the NBA Eastern Conference Finals between the Miami Heat and the Indiana Pacers at the AmericanAirlines Arena in Miami.

Photographers from across the court can easily photograph him from their floor positions. Fans are frantically scrambling to shoot him with their smart phones and Heat TV plasters his face all over the jumbo screen hanging over mid court.

Now there are reports that Bieber's bodyguards are accused of roughing up a photographer who was taking photos of Bieber skateboarding at a North Miami recording studio.

Thursday night is Game 1 of the NBA Finals between the defending champion Miami Heat and the San Antonio Spurs. Watch for my galleries, tweets and more Bieber sightings from both cities during the next two weeks.
Posted by al diaz at 1:33 AM No comments:

Thursday, June 6th 2013 at 7:00pm
Before an image is recorded, the photographer must "see" the image in order to define it for the camera. There are many books, videos, classes, and talks available to teach you the mechanics of using your camera but not many describe how to visualize and compose the photograph.
This presentation is about "Seeing" the image. I'll focus more on the artistic side of seeing color, light, and composition and less on the mechanics of f-stops, shutter speeds, and camera brands. I will give you an insight into the way I visualize an image and how I approach capturing the moment.
The techniques I use can be applied by anyone regardless of camera or lenses. My goal is to teach you ways of "seeing" in order to create more visually appealing and unique images.
My hope is for each and every attendee to walk away inspired to look at their subjects in a new way.
South Florida Camera Club @ ArtServe
1350 East Sunrise Blvd.
Fort Lauderdale, FL 33304

About A Photograph: Saul Loeb

If you haven’t had a chance to do so yet visit  About A Photograph. There you will see a new free video series Think Tank Photo just launched that features award-winning photographers telling the stories behind an image that had great global impact.

The early feedback has been quite heartwarming.  The series is being co-produced by Think Tank co-founders and award-winning photojournalists Kurt Rogers and Deanne Fitzmaurice.

A Photograph explores the meaning, impact, and stories behind photographs that changed how we see the world. One photograph, no tricks. Visual storytelling at its essence. Enjoy! About A Photograph : Saul Loeb from ThinkTank Photo on Vimeo.
Posted by al diaz at 3:00 PM No comments:

It has not been a fun Sunday flying on an air-o-plane back to Miami for “Manic Monday”!

If the Miami Heat pull through in game 7 watch for more of my images from the Magic City and the great State of Texas during the NBA Finals.

Here are a few of my selects from the last couple of games as the Miami Heat and the Indiana Pacers battle it out in the NBA Eastern Conference Finals. 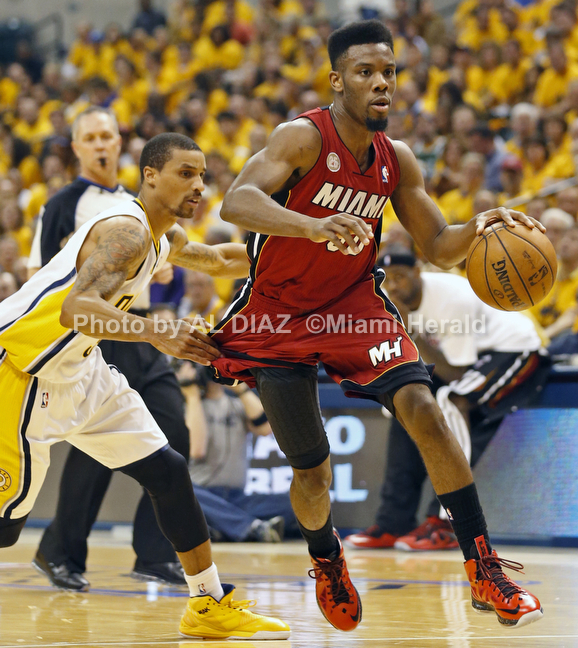 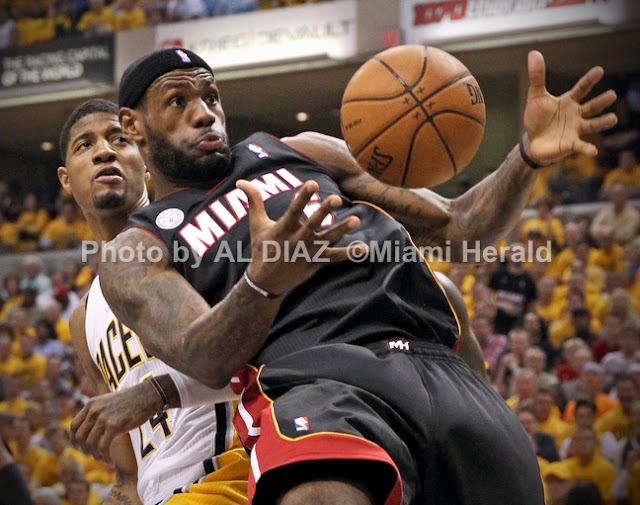 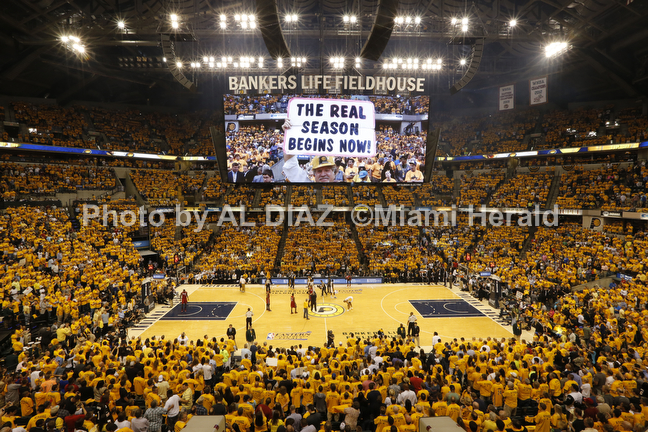 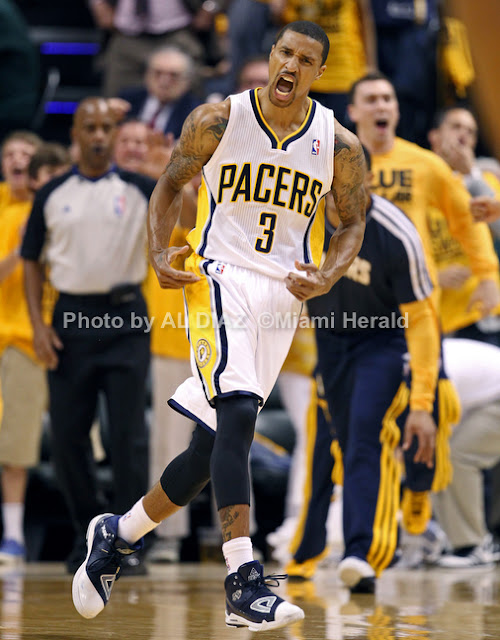 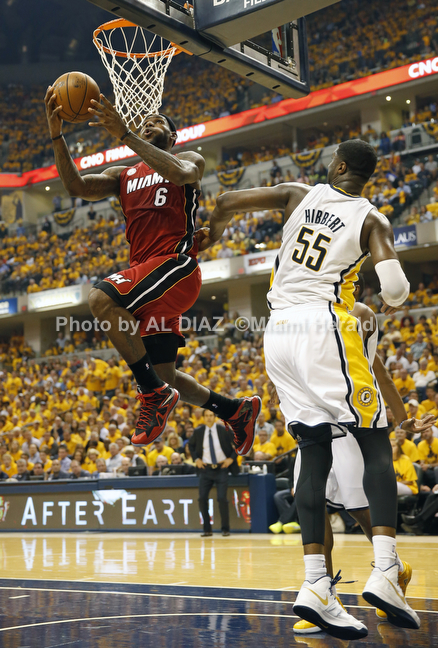 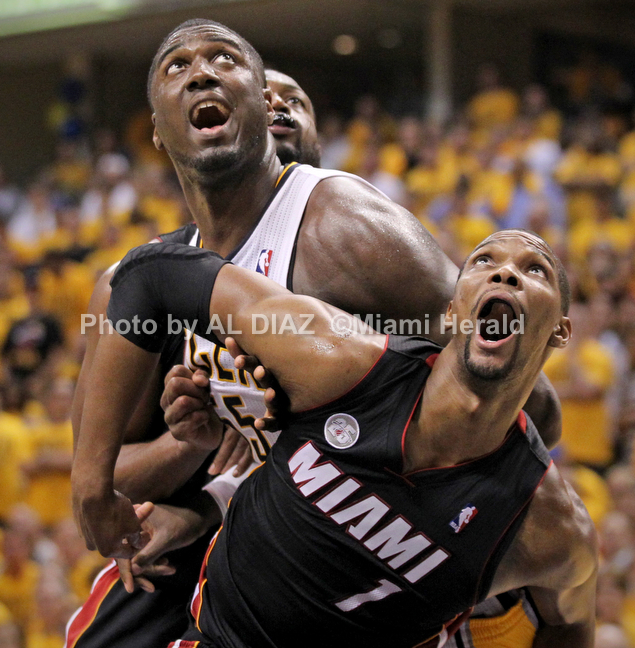 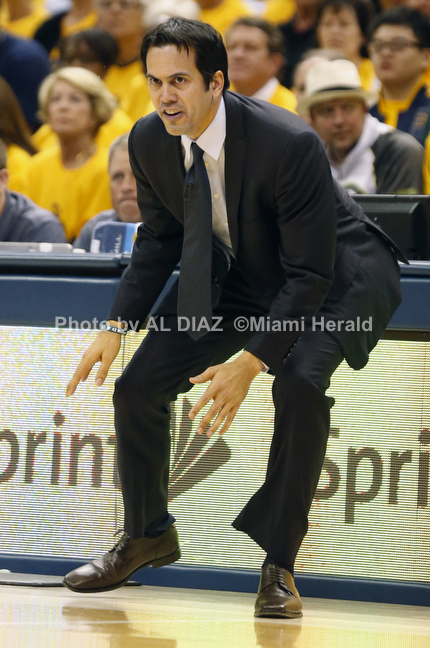 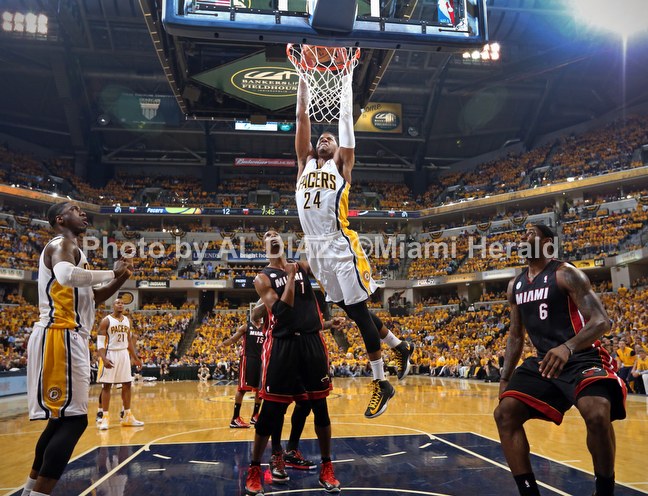 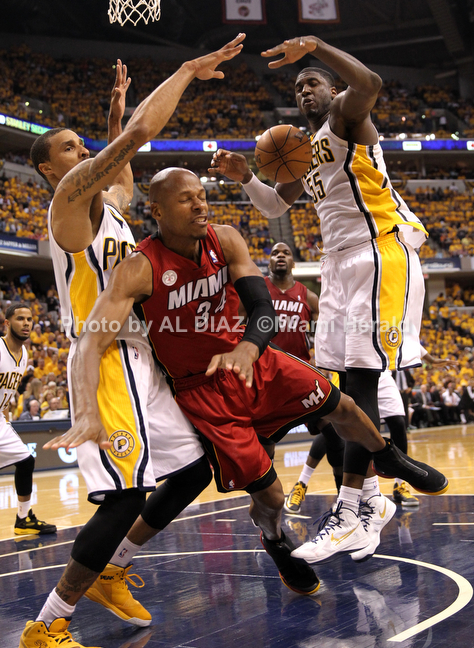 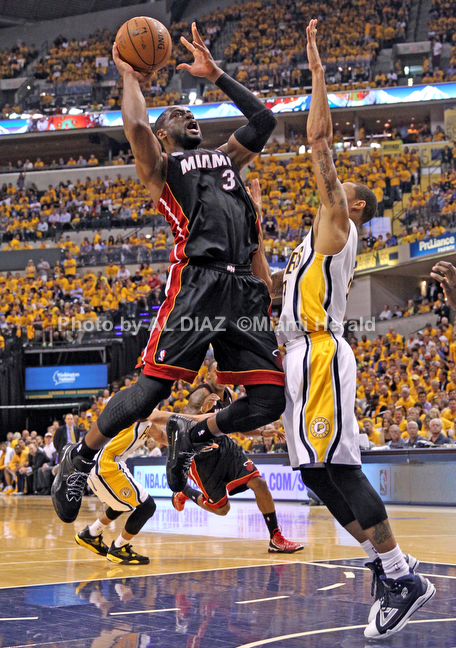