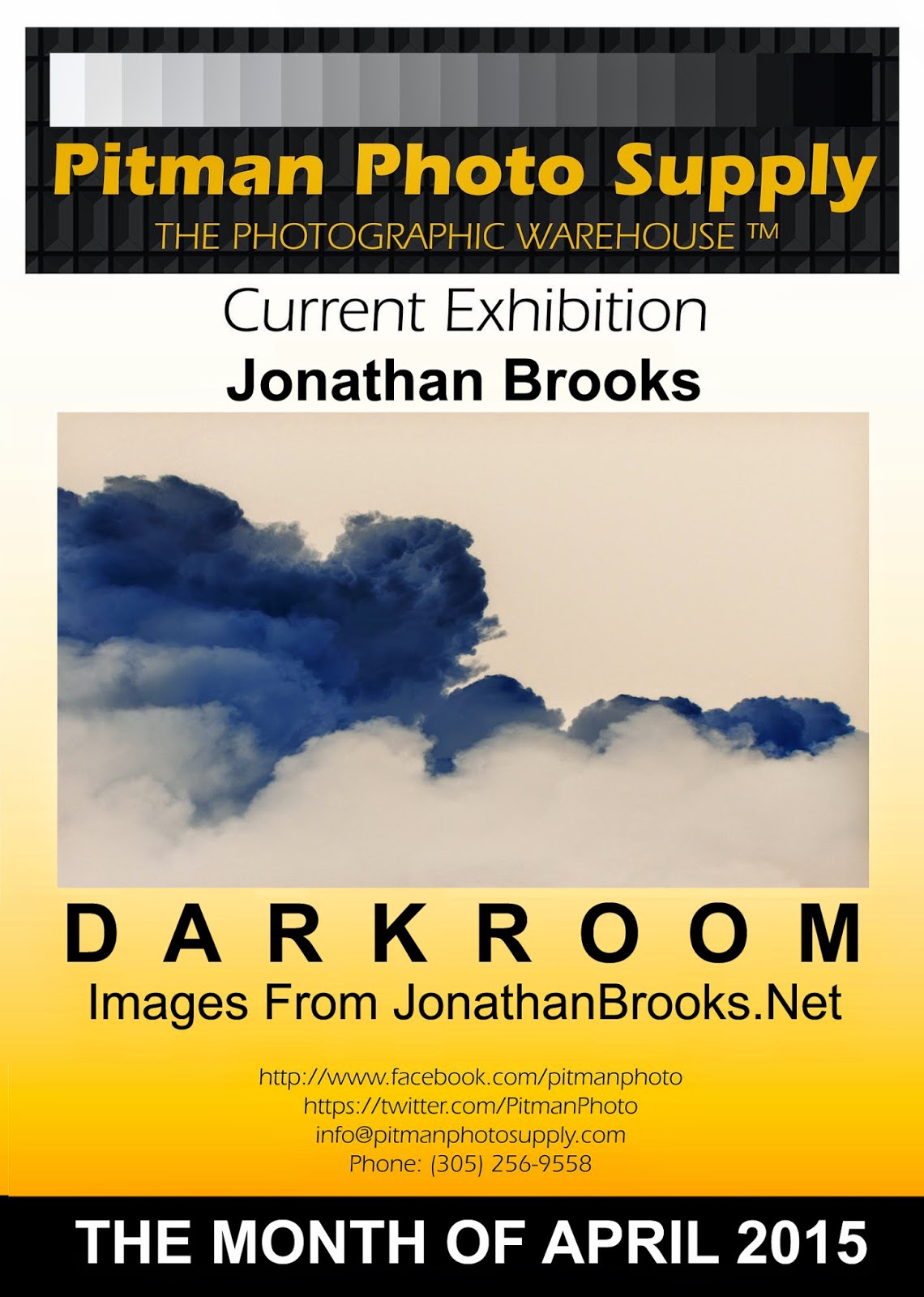 "I've loved vampires since I was a kid," says Brooks. "From the books of Bram Stoker and Anne Rice, to films like the classic Dracula starring Bela Lugosi to the modern 30 Days Of Night."

He recalled the phone call he received in mid February. "Hey, we want to use some of your images on our little show The Vampire Diaries," said Season Six Art Director Rosa Palomo of Bonanza Productions. "Lucky us!"

The show will be using quite a few of his photographs and excitement is spreading. The photographer is having a viewing party for the episode at Deli Lane's Sunset Tavern in South Miami and has an exhibit called Darkroom scheduled at Pitman Photo in Pinecrest for the month of April.

Brooks' image Love Floats was just featured on the German TV primetime show "Nur die Liebe zählt" (Only Love Counts) on German SAT.1 Television, West Elm will soon be carrying Dreams from his Cloud series, and his image Over The Rainbow won Best In Show 2014 Photo Of The Year at the inaugural Miami Photo Salon during Miami's prestigious art week.

His new self-published book "The True Cuba" is available on Amazon and many of Miami's fine book stores.

About Jonathan Brooks:
Jonathan Brooks is an award winning photographer and visual artist, whose work has been exhibited in Art Basel Miami, New York City, Amsterdam, Germany, and the United Kingdom.

In 2013, he finished his first short film 5 SKULLS as a Top Ten Finalist for Digital Photo Pro and HD Video Pro Magazines' 7th Annual Emerging Pro Still and Motion Competition. The competition was sponsored by RED cameras, Zeiss lenses, and Adobe. 5 SKULLS can be found on his website and youtube.

About The Vampire Diaries
The Vampire Diaries is an American supernatural drama television series developed by Kevin Williamson and Julie Plec, based on the popular book series of the same name written by L. J.Smith. The series premiered on The CW on September 10, 2009.

The pilot episode attracted the largest audience for The CW of any series premiere since the network began in 2006. The first season averaged 3.60 million viewers and the show has received numerous award nominations, winning People's Choice and Teen Choice Awards.

About West Elm
West Elm (stylized as west elm) is an upscale retail store that features contemporary furniture designs and housewares. It is a wholly owned subsidiary of Williams-Sonoma, Inc. There are currently 59 stores across 25 states in the United States, the Canadian provinces of Ontario, British Columbia and Quebec, as well as Puerto Rico, London, and Sydney, Australia. Customers are able to shop in-store, online, or through catalog by calling a toll free number.

About Miami Photo Salon
Miami Photo Salon is an art fair where juried images were exhibited during the world-renowned Art Basel Week in Downtown Miami. Foot traffic between visiting art fairs bring in thousands of visitors, both from the local community and international tourists.

About The True Cuba Book
The True Cuba is a book by author Jonathan Brooks and was funded on the crowd funding site Kickstarter. It was inspired by the controversial book Vamos a Cuba (Let's Go to Cuba) that was pulled from the public school's library system by the Miami-Dade School Board in 2006 and whose legal battle ended on the steps of the U.S. Supreme Court in 2009.